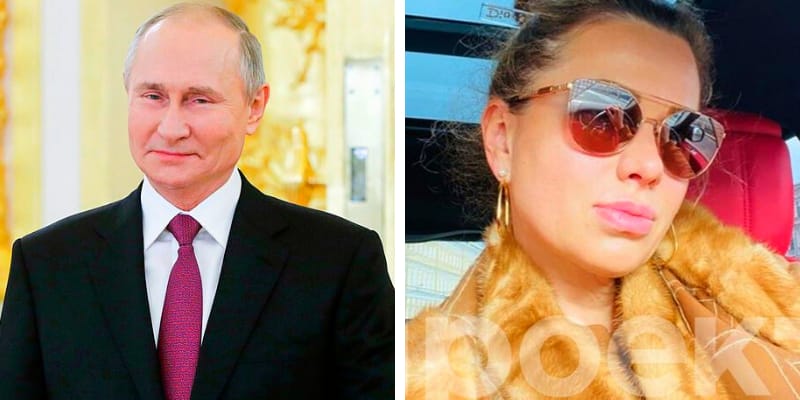 Elizaveta Krivonogikh is 17 years old and claims to be the secret love child of Vladimir Putin, who is a Russian politician and a former officer of the KGB.

She was born to Svetlana Krivonogikh (Mother), her mother is 45 years old and said to be having an affair with Russian President Putin.

In the past few weeks, the Russian Media has reported that Putin has a secret love child with Svetlana Krivonogikh.

It all started in the late ’90s, Svetlana developed an affair with Putin and during that period he was the head of the FSB counterintelligence service.

However, Elizaveta Krivonogikh’s face has not been published but Hassan Ugail who is a Project reported facial recognition expert of the University of Bradford revealed that she bears a phenomenal resemblance to the Russian president.

Later, he even claimed that the Software showed a 70.44 percent similarity with Putin.

When Did Svetlana Krivonogikh Meet Vladimir Putin? According to the source, she had an affair with Putin when he was the head of the FSB counterintelligence service, prime minister, and during his first term as Russian president.

In an Interview with Russian Media, Elizaveta Krivonogikh was asked what annoyed her she told “Lies…and when there is no mutual respect, trust, and support,” and added, “I get pi**ed off for a few minutes and conclusions are drawn by themselves and to the end.”

Previously, Putin was first linked with sportswoman but the claims have been denied by the Kremlin.

Curently, he has two daughters Maria, 35, and Katerina, 34 from his Ex-wife Lyudmila Putina.

She was born to Svetlana Krivonogikh (Mother) who is a Businesswomen.

Now, Elizaveta is a School graduate and on Social Media, she suggests she is 18 rather than 17. Later, she even posted “London would be great” when asked where in the world she would like to live.

However, when asked the same question on a separate occasion Elizaveta replied “Hogwarts. On Mars. In Narnia. In Japan. In London. In New York.”