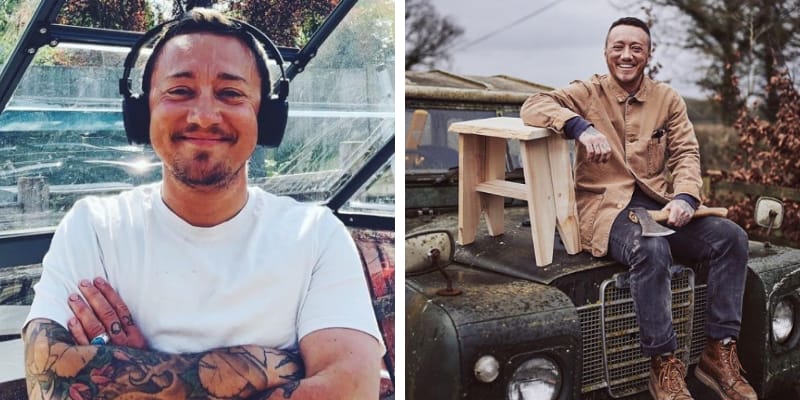 EJ Osborne was 45 years old TV presenter and best known for co-hosting the BBC upcycling series Money For Nothing. He passed away and his wife confirmed the news, but the cause of death has not yet been confirmed. 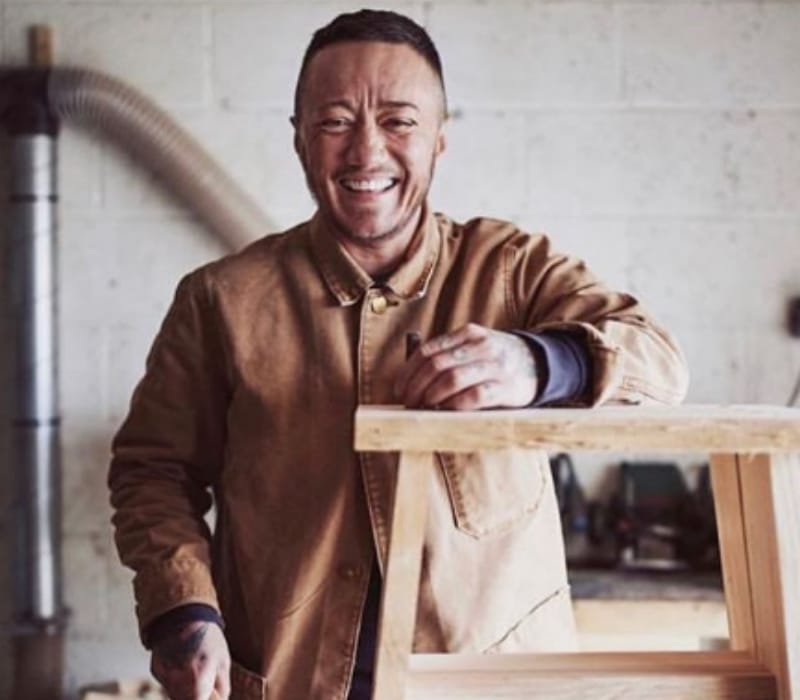 She wrote “An inexpressible loss envelopes us, so, for now, some photos that show our infinite love. Good night my love.

EJ spent the last three and a bit weeks of his life being cared for by the wonderful women at Dorothy House hospice. I was with him every day and was blown away by their compassion, resilience, and kindness. I know he felt so cared for and safe and I will never forget Ella, Jemima, Gemma, Mandz, Clare, Trish, Irish Helen, Scottish Helen, Andrea and so many, many more for whom it was clear it was not just a job. Real-life wonder women. Dorothy House is a charity so if any of you can, please donate to them. I really cannot imagine how we would have managed without them.

Feel free to share your memories of EJ. Me and Orla and the swan would love to see any photos you all have of his many beautiful makes that have made their way out into the world too.”

His birth name is Ethan-James Osborne and rose to fame for co-hosting the BBC upcycling series Money For Nothing.

Ej was a woodworker who found fame as part of the team on the BBC series, which turns items other people have disposed of into desirable products.

Carla-Maria Lawson, Head of BBC Daytime and Early-Peak said: ‘EJ was a brilliant talent who brought a wealth of expertise as an artisan and lit up the screen with his charm, likability, and warmth as a presenter.’

Later, she added ‘He will be hugely missed by us all at BBC Daytime and our thoughts are with his loved ones at this time.’

Back in 2019, he revealed that he’d completed his final round of chemotherapy treatment as he spent New Year’s Eve in hospital. In March 2020, he and his wife Anne-Marie were in isolation after being classed as vulnerable during the COVID-19 pandemic.

On Instagram, he wrote “I have taken matters into my own hands. We are now self-isolating. My wife and I are both considered to be in the vulnerable group and we all know that children are basically germy little super spreaders.” Then, wrote “‘I called the school to let them know and interestingly, they already have a code in place for the register – without penalty. So if any of you with kids out there are wondering what you should be doing/worried about waiting for Boris to pull his head out of his a**e, then know that if you want to and can, you can keep your kids off and isolated. check with your school. We’re still in our PJs of course. And for some reason, sitting on the floor… Don’t worry, we haven’t burnt all the furniture to keep the generator going, just yet.”

He was married to Anne-Marie and they shared a young daughter Orla.

Speaking to Brighton Transformed, the presenter – who was born a woman – admitted he endured a difficult start in his home country due to parochial views on homosexuality in rural Australia.

He said: ‘I grew up in a little isolated, Australian country town that was so deeply homophobic it was still illegal to be gay, when I was a teenager there, my teenage years.’

‘I removed myself from the transphobia, from the homophobia, from my family expectations, from my existing group of friends, I completely started again in a foreign country and a foreign city where I didn’t know anyone and couldn’t speak the language.’ Dailymail reports.

According to the publication, despite meeting wife Anne-Marie in 2007, the presenter later admitted he did not reveal his transgender status until he was close to his 39th birthday.