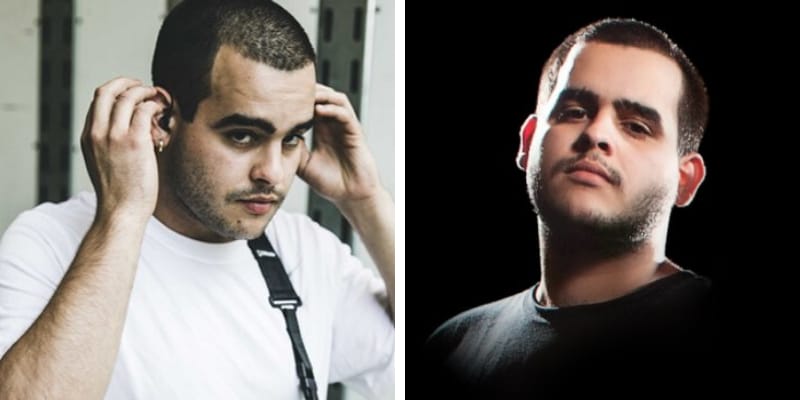 Diego Farias was one of the founding members of Volumes, has died, his brother, Gus Farias, confirmed on Twitter. There has been no official statement made on his passing, but multiple close friends of his in the music industry have begun posting tributes to Farias.

Farias had noted he had left Volumes last week, after his brother, Gus Farias also exited the band. At the time, Gus had said the band kicked him out. Diego’s death was confirmed by his brother Gus Farias on Twitter. 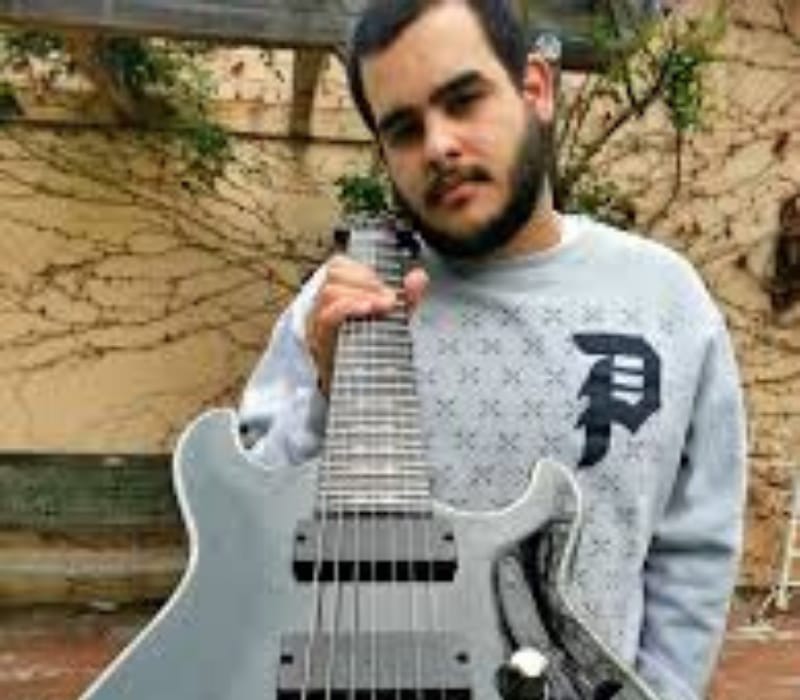 He Tweeted on February 6, 2020, and wrote: “RIP TO MY BROTHER DIEGO I LOVE YOU I CAN’T BELIEVE IM TYPING THIS.”

RIP TO MY BROTHER DIEGO I LOVE YOU I CANT BELIEVE IM TYPING THIS.

Then, he followed up by writing “We toured the world together. We lived the dream together. I love you, Diego. Rest in paradise little brother you now live through me.” Furthermore, he also shared his brother picture on his official Instagram account and captioned “LOVE YOU RIP LITTLE BROTHER YOU NOW LIVE THRU ME.”

Many fans and friends were shocked to hear his passing and Veil of Maya guitarist Marc Okubo wrote on Instagram “I love you, Diego. You’re one of the most talented people I’ll ever meet. I’m so proud I got to make art with you and share it with the world together.” The Helix Nebula guitarist Stephen Taranto replied “I’m so sorry bro. RIP Diego”

Then, Skylar vocalist Jayden Panesso posted “Rest In Peace, Diego. One of the best dudes I met in my years of touring. Always welcomed me with open arms everywhere. Love you brother. You’ll be missed heavily. My condolences to the Farias, and the Volumes family.”

WE TOURED THE WORLD TOGETHER WE LIVED THE DREAM TOGETHER I LOVE YOU DIEGO. REST IN PARADISE LITTLE BROTHER YOU NOW LIVE THRU ME. ❤️

Memo wrote on Twitter “Rest In Peace, Diego. One of the best dudes I met in my years of touring. Always welcomed me with open arms everywhere. Love you brother. You’ll be missed heavily. My condolences to the Farias, and the Volumes family.”

Rest In Peace, Diego. One of the best dudes I met in my years of touring. Always welcomed me with open arms everywhere. Love you brother. You’ll be missed heavily.

My condolences to the Farias, and the Volumes family.

He was the Volumes co-founder and former guitarist. Recently, he had announced his exit from Volumes to focus on his Production career.

The band was founded in January 2009, by guitarists/songwriters Diego Farias and Daniel Braunstein that had a writing and recording relationship developing as both were aspiring engineers, guitar players, and producers who began writing music together. 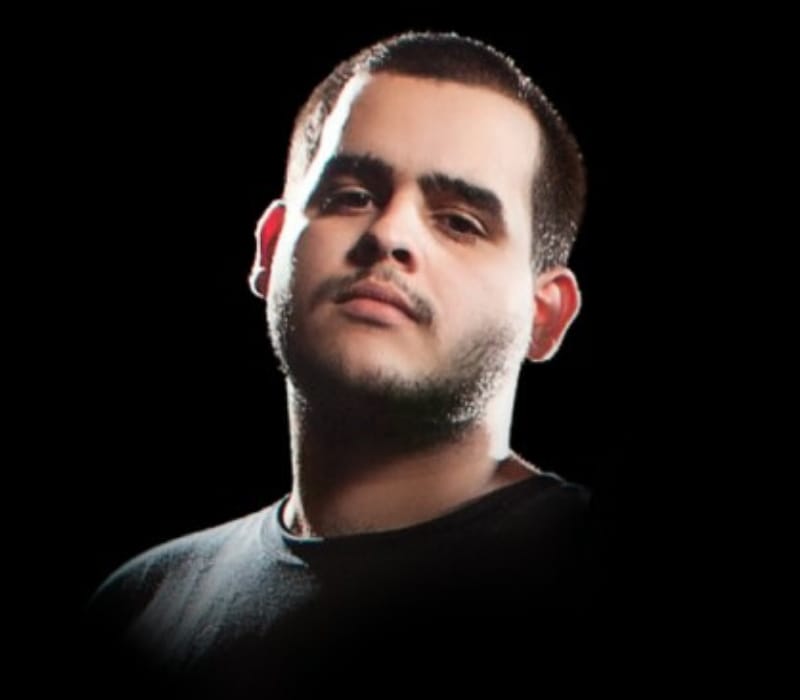 Then, the duo began searching for likeminded musicians in the area to further their heavy metal, hip-hop, jazz, and classically influenced music and would go on to expand their lineup adding dual-lead singers Michael Barr and Diego’s brother, Gus Farias, bass player Raad Soudani and drummer Chris Khoury.

Later, the group debuted with their first EP, The Concept of Dreaming in (2010). This was followed by their debut full-length album Via (2011) and their sophomore album No Sleep in 2014. Both albums peaked at No. 1 on the iTunes Rock and Metal charts.

However, the band came to halt after Daniel Braunstein decided to leave the band citing time constraints with university and no longer being able to participate actively in the band. On September 29, 2009, the Los Angeles based-band was signed to Mediaskare Records. Then, On November 20, 2010, the band was announced to be apart of It Prevails’ “Dollar Menu, Where’s the Venue? Tour.”

On January 30, the band released a new single titled ‘holy water’, confirming rumors that Michael Barr was back in the band, and revealing that guitarist Diego Farias is no longer a part of the band. Later the same day, the band released a statement on social media giving more of an insight into the lineup changes, giving clarity on the departure of the Farias brothers and the arrival of Barr.

Later, the band released an official statement “it lookshke we have some explaining to do.. as many of you are now aware, gus and diego farias are no longer with volumes, and Michael Barr is now back with us in full force.
we want to give you one statement to answer some of your questions and set the record straight, so here it is:”

“and now…Michael Barr is back! when things were at their lowest and the idea of discontinuing volumes was a genuine thought, the other members of the band, who had always kept in contact with Michael, started to have some light discussions about the “what if’s.”

That quickly grew into more serious talks, and in a very short frame of time, we were all in the studio together, sharing ideas. it became very apparent, very quickly that this was something that we had to continue with and make it
real. we are so happy to have Michael back home. we enlisted the help of our great friend, max Schad (http://wwwmaxschadmusic.com) to produce/mix/track our first song as this lineup, “holy water.”

the writing of the song was a thoroughly collaborative effort as a team between Michael, raad, Myke, nick, and max. max is not the full-time guitarist for volumes, but he will continue to work and write with the band. a touring guitarist will be with us on all dates for the time being. we are not lookin@to audition or have people send demos to us at this time. we will figure out permanent guitarists when it organically happens.

volumes will be a full-time band. while various members will still work on other projects they have been involved with, this will be the priority.”

“Diego was never fired/kicked out of the band. over the past few years, we have seen 1–11m grow in his career as a producer, and as a result, he lost the desire to tour with the band and then subsequently couldn’t further commit to the overall writing process with the group. some of you may have noticed that in the past few tours, we have had various replacement guitarists tour with the band. we wish nothing but the best of luck for Diego and know that he is on the fast track of becoming one of the most successful producers in the game.

gus’s situation in the band was a livele bit more complicated, and we did inform him that we wanted to part ways several weeks back. we don’t feel it’s necessary to provide full details of how we came to this decision. still, it’s honestly no different of any relationship that you have with someone for over ten years on a very personal level and decide things are
just not compatible any longer. that’s all there is/was to it. Gus is happy working on his project as Yung yogi, and he will kill the game moving forward.

we would be foolish to ignore or disregard their massive contribution performers and songwriters to the band, and all know that they were there from the beginning. we have-nothing buttove for them and wish them the best. we have also sorted out several details on the business side of things it) ensure that they have their rightful ownership of everything that they have done in the band, and will continue to as long as the group is in existence and beyond.”

“We are supporting born of Osiris in Europe/UK starting March 3rd, 2020, and we will have an exciting us run that will take place shortly after that announcing soon. a new full-length album will be released at some point in 2020 from fearless records. we are writing music that we want to write and perform, but coincidentally, based on your reaction to “holy water,” it’s also the type of music that you want to hear.. and we couldn’t be more stoked about it.”