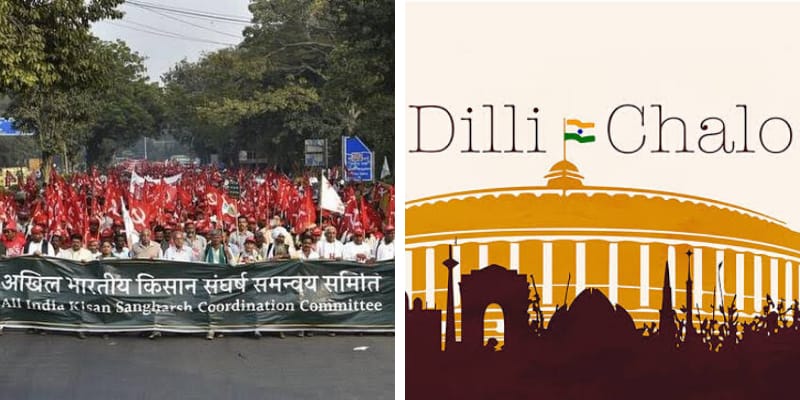 The National Farmers’ Struggle Committee has launched a Delhi Chalo demanding the implementation of the Mahadai and the Kalasa Bandura Project. The delegation, headed by committee leader Subhaschandra Gowda Patil, will travel to Delhi and demand the implementation of the projects. Farmers from Oxford College on the outskirts of the city will travel to Delhi via the Kittur Chennamma Circle, Sahara Railway Station.

Goa government is still refusing to provide water to the state by interrupting the implementation of the plan by giving Environmental reasons. Already judged by the Mahdi judiciary. Although the state has fully sanctioned the use of bottled water, it has been hampering the drinking water project in this area by violating a judicial decree.

The Delhi Chalo is being launched with an immediate effect on the implementation of the project. The fighters said they would meet Prime Minister Narendra Modi, Union Water Resources Minister, and Minister Pralhad Joshi to implement the plan.

The Goa Party, Which Had Been Asked By the NGT to Question the Sanction For the Mahadai Project

The Goa Forward Party said in a complaint that the central government had taken a unilateral decision in view of the by-election in the state of Karnataka, despite opposition from the state.

The Goa party has challenged the Environment Department’s approval for the Mahdai and Kalsa Banduri diversion project. The Goa Forward Party has raised the issue of the National Green Tribunal.

The central government has taken a unilateral decision in view of the by-election in the state of Karnataka, despite opposition from the state of Goa. The Goa Forward Party filed a complaint with the Central Green Court on Monday demanding that the permission of the Environment Department be canceled.

The state of Goa has been fighting for years against this environmentally damaging project. The party’s president Vijay Saradasai has filed a complaint in the court that the central government is favoring Karnataka, regardless of the struggle.

A meeting was held on Monday at the Vithala Rukmai Community House for farmers leaving Delhi to demand support for the crop and loan waiver from the State Farmers Association and the Green Army.

State Vice-President M Mahesh said that he would leave Bangalore City Railway Station on Tuesday to protest against anti-peasant governments led by 200 farmer organizations at the Ramlila Ground in Delhi.

Farmers have been around for 71 years. Governing governments are consolidating voters at the right time and consolidating their power. According to sources, over 8 lakh 62,000 farmers commit suicide every half hour in the country. This is because the farmer does not get the support price for his crop. The farm loans should be waived. Farmers from the Congress, BJP, and Dal cannot expect anything. The Taluk Farmers’ Union was stopped when illegal mining took place in Hogarekangiri. One crore to start Dhipunah. He said that those who came to deliver were reprimanded.

Speaking to the farmer leader Omkarappa, a 24-car train was reserved for the brave Delhi Chalo. But only 19 bogies have been issued. 5 lakhs per day for ourselves. 25 Lakhs for 5 days The central government is trying to curtail our protest by saying that we will only provide a canteen facility. We do not pay attention, though. He said 125 farmers will be leaving from Ajjampur taluk and will be given shawls and badges for identification.

Vice President of Taluk, Basavarajappa said that the government has been making the death cauldron lately. It is planning to use a lot of electricity before putting in currency. Farmers’ pumps are charged as much as 50 paise. This plan is a drag on the wound. He said this was protested by the farmers’ association.