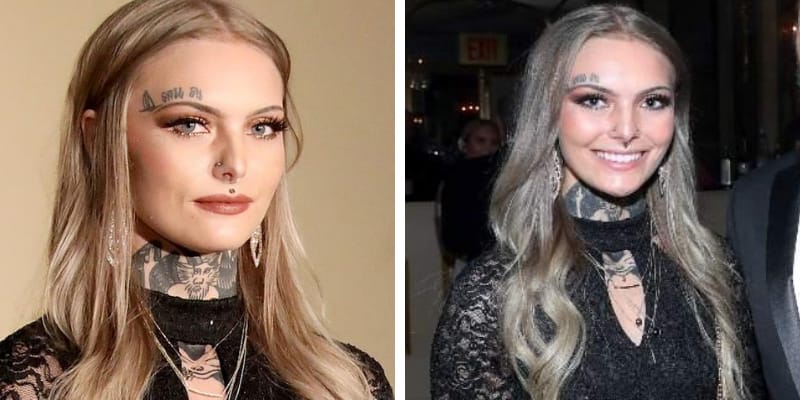 Daisy Coleman was 23 years old and she passed away, her mother Melinda, says her daughter took her own life Tuesday night. Her body was discovered after Melinda called the police to do a welfare check.

Melinda Coleman told TMZ, “She was my best friend and amazing daughter. I think she had to make it seem like I could live without her. I can’t. I wish I could have taken the pain from her!” She continued, “She never recovered from what those boys did to her and it’s just not fair. My baby girl is gone.”

She was a sexual assault victim-turned-advocate who garnered small-town backlash when she spoke out about her alleged attack. In 2012, Coleman said she was raped by high school football player Matthew Barnett, and her mother discovered her passed-out on the family’s front porch in freezing temperatures the morning after Coleman said she was assaulted.

As revealed in the Netflix documentary, the town of Maryville “lashed out” at Daisy with “all the typical methods of victim-blaming,” and the felony assault charge was brought against Barnett, according to the Kansas City Star, but it was later dropped.

Earlier, Daisy was rushed to the hospital after a suicide attempt in 2014. Prior to the suicide attempt, she attended a party and after her daughter’s suicide attempt, Melinda wrote on Facebook, “My daughter has been terrorized to the point she tried to kill herself last night. She may never be ok,” according to The Daily Mail.

On December 6th, 2020 Daisy Coleman’s Mom Melinda dead after an apparent suicide, Melinda was found dead on Sunday night and SafeBAE, the sexual assault prevention and recovery organization founded by Daisy wrote “We are in shock and disbelief to share with our SafeBAE family, that we lost Melinda Coleman to suicide this evening. The bottomless grief of losing her husband, [her son,] Tristan, and Daisy was more than she could face most days.”

The post added, “More than anything, she loved and believed in her children. It is no accident that she created some of the most gifted, passionate, and resilient children. Our hearts are forever with Logan & Charlie.”

She was featured in a 2016 Netflix documentary that followed her and her family dealing with the trauma of her alleged rape at a Missouri house party when she was 14.

Furthermore, she co-founded the Organization SafeBAE following her rape case, where SafeBAE (Safe Before Anyone Else) is a “survivor-founded, student-led national organization whose mission is to end sexual assault among middle and high school students.” Later, Daisy was working as a tattoo artist in Colorado.

Daisy Coleman is an activist, artist, and a primary subject in the feature documentary Audrie & Daisy. Coleman recently completed her freshman year at Missouri Valley College, where she received a wrestling scholarship and is currently training to become a professional tattoo artist.

Last year, the youngest of Coleman’s three brothers, Tristan, was killed in a car crash in western Kansas.

Tristan Coleman was driving with his mother Melinda Coleman at the time. She was hospitalized but survived her injuries.

Daisy Coleman said in an interview with Inked Magazine “My little brother was my best friend.” In 2009, 10 years prior to Tristan’s death, Coleman’s father, physician Michael Coleman, was involved in a “tragic accident” that claimed his life and Daisy Coleman was in the car at the time.

“I don’t understand why the universe decided today was the day to let you go. But I’ll never stop loving you. You’ll never stop being my best friend. My baby brother you’ll always be,” she wrote.