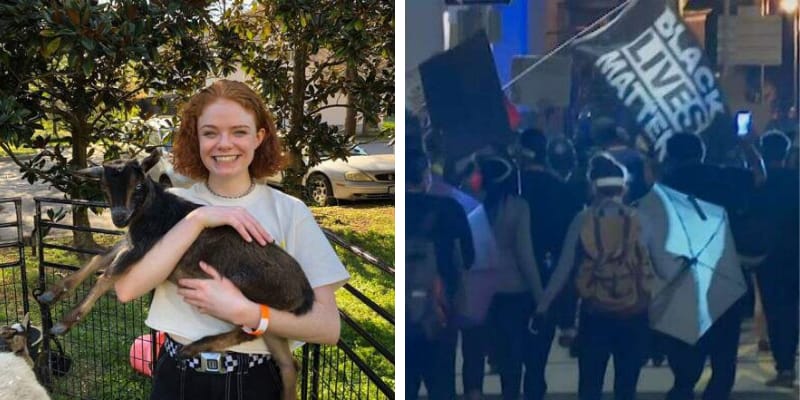 Clara Kraebber is 20 years old and one of the Black Lives Matter protesters now facing felony rioting and misdemeanor graffiti charges after a window-smashing free-for-all in Manhattan.

She is a student at Rice University and she was part of the Black Lives Matter protesters and they allegedly caused $100,000 damage in the Flatiron District on September 4th, if Clara found guilty of the first-degree riot, she could go to prison for a maximum of four years.

The protest took place after the death of Daniel Prude, who died of suffocation after Rochester, New York, police put a hood over his head. Later, she along with other smashed windows and defaced businesses. The protest was organized by groups calling themselves the “New Afrikan Black Panther Party” and the “Revolutionary Abolitionist Movement.”

She is a student at Rice University and from New York, her family owns a $1.8 million apartment on the Upper East Side, which they purchased in 2016.

She is the daughter of Virginia Kindred (Mother) and Markus Kraebber (Father).

Her father is a child psychiatrist who is also an instructor at Columbia University Department of Psychiatry and her mother is an architect at Kindred Arch.

Earlier, she attended elite Hunter College HS and has joined street protests for years. Curently, she is a history undergrad at Rice University in Houston.