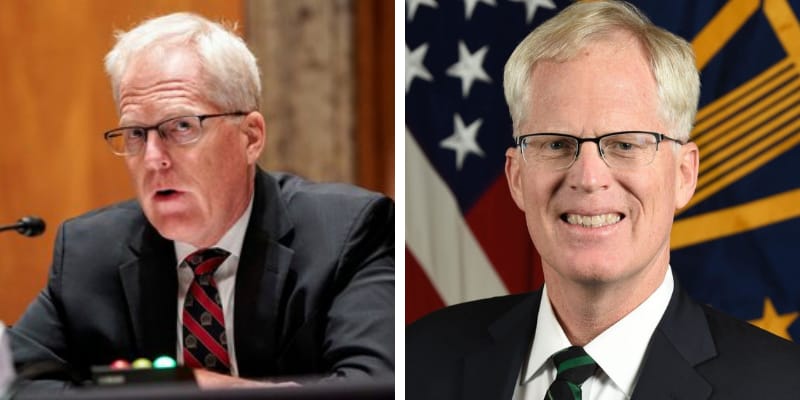 Christopher Miller aka Christopher Charles Miller was born on October 15, 1965, and from Platteville, Wisconsin, U.S. He is an American Department of Defense official and served as the director of the National Counterterrorism Center.

Trump wrote on Twitter, “I am pleased to announce that Christopher C. Miller, the highly respected Director of the National Counterterrorism Center (unanimously confirmed by the Senate), will be Acting Secretary of Defense, effective immediately..”

In the follow-up Tweet, Donal J. Trump wrote “Chris will do a GREAT job! Mark Esper has been terminated. I would like to thank him for his service.”

He is a combat veteran and served in the White House and Pentagon since 2016, Miller was Performing the Duties of the Assistant Secretary of Defense (ASD) for SO/LIC.

In 1987, he was commissioned as an Infantry officer and was transferred to Special Forces and served in numerous command and staff positions within the 5th Special Forces Group (Airborne).

In his career, Miller served within other special operations organizations such as 2nd Battalion, 5th SFG(A), initial combat operations in Afghanistan in 2001 and Iraq in 2003. In 2014, he retired from the Military and worked for over two years as a defense contractor.

Then, he served as the Deputy Assistant Secretary of Defense (DASD) for Special Operations and Combating Terrorism (SOCT), and was even responsible for overseeing the employment of special operations forces in counterterrorism, and Military Information Support Operations (MISO).

From March 2018 to December 2019, Miller served as the Special Assistant to the President and Senior Director for Counterterrorism and Transnational Threats at the National Security Council (NSC).

Talking about his education, he attended Army Ranger School and was awarded a Bronze Star for combat service and Legion of Merit. For his service in Afghanistan from 2001 to 2002, Miller received a Presidential Unit Citation.

He is married to his wife named Kathryn Maag Miller and the duo share two daughters and a son.

Curently, Miller and his wife live in Virginia, USA. During his Senate hearing, Miller spoke about his wife, he said “My wife graciously stood with me through this 32-year odyssey and raised our three children into magnificent adulthood.”

Later, he added “Their character, optimism for the future and goodness are my motivation,” Miller then concluded the statement “They give me hope for the continued greatness of this wonderful experiment that is the United States of America.”