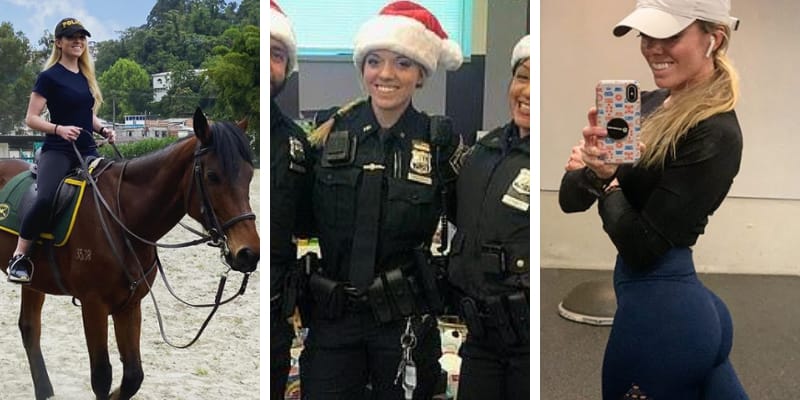 Christine Galgano is NYPD Cop and her sexy TikTok video lands her in hot water, she is a Bronx housing cop and seen wearing the top half of her police uniform and cowboy boots.

She made the TikTok video of herself performing a parody of the ‘new boot goofin’ skit from Reno 911. The video went viral on social media, reportedly landing Galgano in hot water with her superiors at the NYPD and it was confirmed by the NYPD spokeswoman. 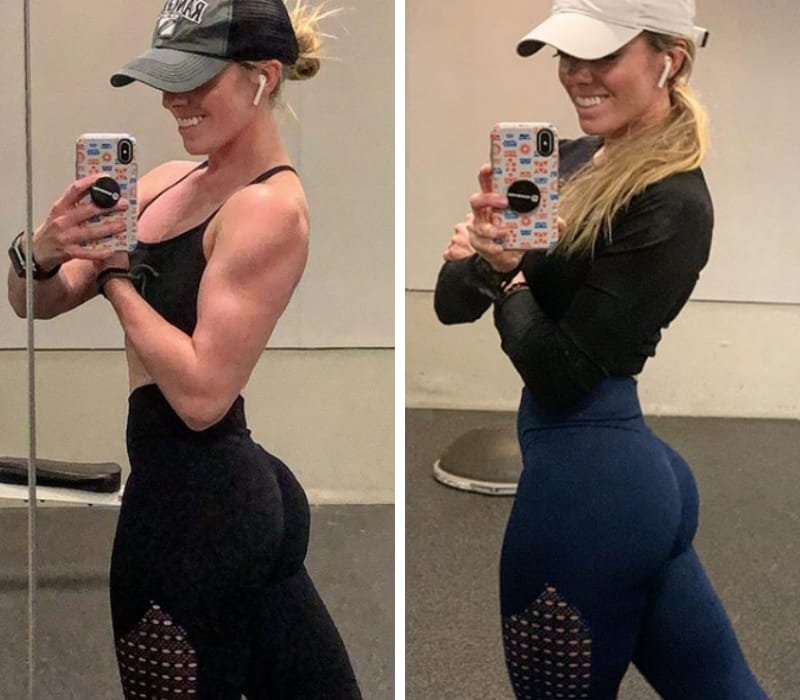 Curently, the video has been deleted and in the video clip, Galgano is seen wearing the top half of her NYPD uniform along with a pair of booty shorts and a cowboy boots as she channels the eccentric Lt Dangel. ‘Genuine ostrich…three payments…I’m just goofin’ …new boot goofin’, oh!’ Dangel’s recorded voice says as Galgano dances on the screen.

NYPD spokeswoman Sgt Jessica McRorie confirmed that they have opened an investigation into Galgano’s video. The policy states that any activity on personal social media accounts that can be linked to an NYPD member “is a reflection on the Department as a whole.”

Sgt. Jessica McRorie later said, “The off duty incident was investigated and addressed by the officer’s commanding officer.”

Furthermore, she played on the NYPD women’s soccer team. In March Galgano revealed that she had been diagnosed with COVID-19 and urged others to stay home to keep themselves safe from the virus.

On March 24th, she wrote on Instagram “Hello IG Friends! My apologies for being so distant recently but I have been going through a lot. And by that I mean I have been VERY sick along with my Mom. As of today, we both found out we tested positive for COVID-19. A lot of people have asked me what this has been like dealing with lupus and what my symptoms have been like throughout this entire ordeal thus far. On Friday the 13th when I got to work, I started experiencing pleurisy aka sharp pains in my lungs when I was breathing. This lasted up until the 19th when it got worse and I developed a slight cough and chest pain. On the 20th I developed extreme full body aches on top of everything, a sore throat, and a fever. The following day all of the previous symptoms continued with a splitting headache that was so bad I couldn’t even open my eyes and my eyes were throbbing (this is the day I got tested). As of today, the 23rd, I still have the sore throat, cough, headache, and chest pain when I take deep breaths but the body aches have subsided for now so I was able to get out of bed more and move around. I have read many other stories that have stated this has a good chance of getting really bad again so fingers crossed that it doesn’t! Luckily, I have been on plaquenil for 6 years for Lupus and have continued to take it while fighting this. This virus is NO JOKE. I can only explain it as the Flu X10 or the most painful Lupus Flare you’ve ever had. PLEASE STAY HOME I AM BEGGING YOU. We need to keep each other safe. This is freaking miserable.”