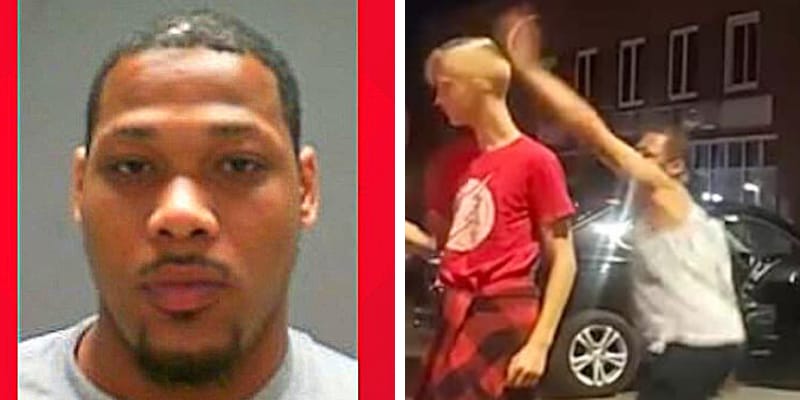 Cedric Charles Moore identified as the man accused of attacking a 12-year-old boy who was dancing on the sidewalk in Cape Girardeau, Missouri, on July 3. Cedric who is 27 years old from Cape Girardeau, was charged Monday with first-degree child endangerment and second-degree assault.

Later, the arrest warrant sets the cash-only bond at $50,000. No attorney is listed for him in online court records. All this incident was captured in the video where he approached the child from behind and sucker-punched him in the head without any warning or provocation, video of the incident showed. 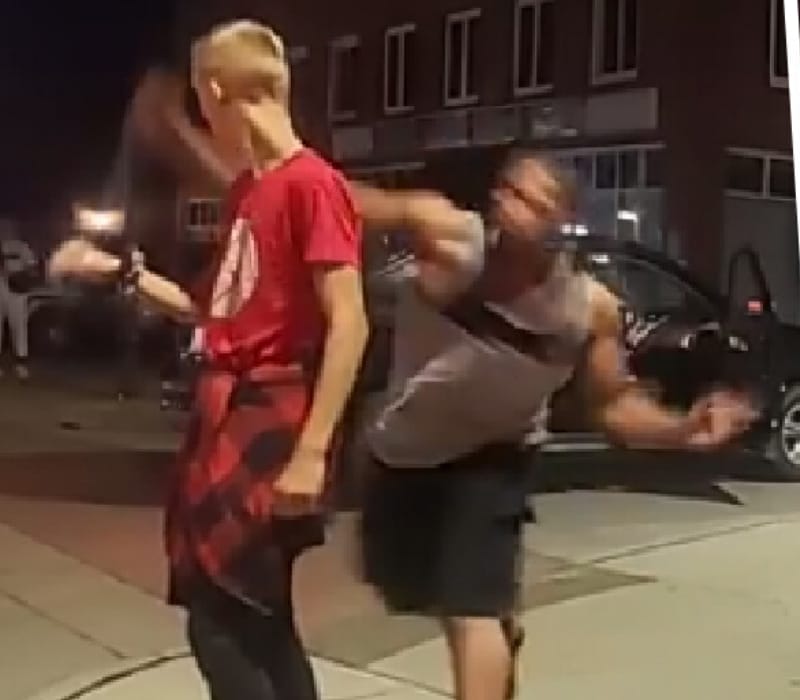 Video footage, captured by Fingerprint Urban Dance Studio instructor Micheal “Crank” Curry, shows a dark-colored sport utility vehicle coming to a stop as the dancers take turns performing near a downtown intersection. A man then exits the vehicle, approaches the 12-year-old dancer from behind and punches the juvenile in the head before running off.

The dance instructor Curry said “It was horrible,” and added, “I was stunned.” However, Curry wanted to go after his student’s attacker but backed off when he saw two others in the vehicle with the man. On July 3rd the attack occurred around 11:40 p.m. on Main Street near Independence Street in downtown Cape Girardeau, Missouri.

Michael Curry and two other students were present at that time, the victim was practicing his moves on the sidewalk and Moore pulled up to the sidewalk in what police described as a dark-colored sports utility vehicle. After stepping out of his car he did his dance on the sidewalk, with his arms in the air, as he approached the boy.

According to the police report, the Boy suffered a concussion but his mother, Stephanie Hagler, did not witness the attack but was nearby at the time. In an interview with local TV, she said her son’s face and nose were bleeding.

The victim was taken into the local hospital and was expected to be ok. “Right now he is still dealing with dizziness and his nose hurts,” Curry said. “He is just trying to rebuild himself and recoup from what happened.” A fundraiser has been started for the student and the studio.

“I feel like he right now is kind of scared to go downtown and perform,” Curry said. “Step by step he is trying to regain that trust.” Curry owns the Fingerprint Dance Studio.

Curently, Cedric, a warrant was issued for Moore’s arrest but investigators have not yet found him. Missouri court records show Moore has been charged on two counts: Felony Assault in the 2nd degree and Endangering The Welfare Of A Child in the 1st degree. Moore’s bond has already been set at $50,000 cash only.

Earlier, he was charged with third-degree domestic assault in 2019 according to the Missouri court records and he agreed to plead guilty on April 22, 2019. In 2013, he was also been arrested for driving while intoxicated.