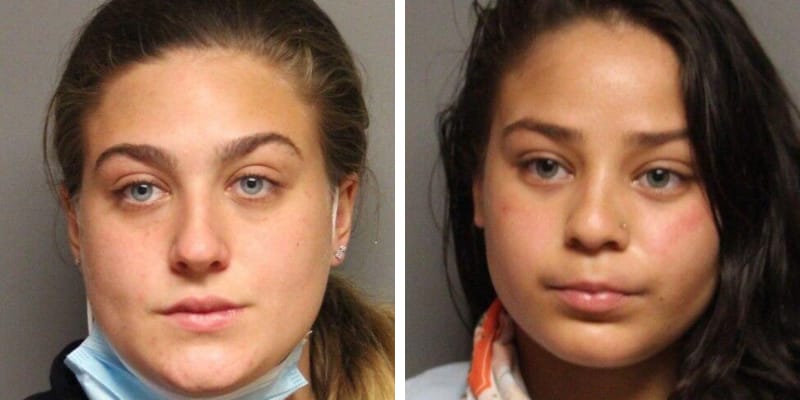 Camryn Amy is taken into custody after she confronting Donald Trump supporters. She is 21 years old and this incident occurred on August 20 close to the Democratic National Convention in Delaware.

Camryn along with another woman also been arrested, Wilmington Police Department said that Amy was facing charges of first-degree robbery, second-degree conspiracy, two counts of offensive touching, and endangering the welfare of a child.

Furthermore, she has been sent to Delores J. Baylor Women’s Correctional Institute on a $45,000 bond.

Why Camryn Amy Was Taken Into Custody

This incident took place on the 600 blocks of South Justison Street around 8:08 p.m. This viral video has gained millions of views and was first shared by the Students for Trump Group.

In the video clip, Camryn was seen confronting two Donald Trump supporters outside of the Democratic National Convention and she damaged signboard and taking a red hat.

Later, they both walk away with the hat but another man tried to retrieve the hat and Camryn throws the hat away. Furthermore, Camryn also accused of assaulting a man by “punching” him in the face and causing “substantial pain.”

Abbey and Her Son Riley Was Attacked in the DNC Convention.

In this incident, Abbey and her son Riley was attacked by the Camryn and her friend Olivia Winslow.

Moments ago outside of the DNC convention, Joe Biden supporters attacked a 7 year-old boy.

He was attacked simply because he wore a @realDonaldTrump hat.

His name is Riley.
Watch it happen.
Listen to him cry.

Will Joe condemn this violence against Children?