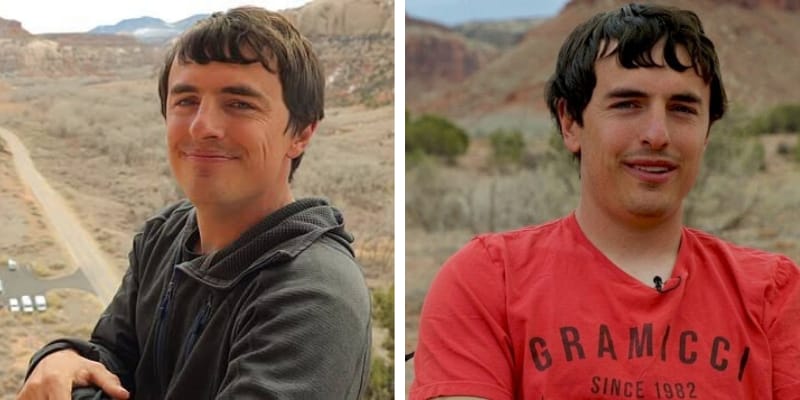 Brad Gobright was born in 1988 and from California, USA. He was a free solo climber and he passed away at the age of 31 after plummeting 600ft down the mountain in Mexico when he failed to tie a knot at the end of his rope to stop him sliding off.

Brad Gobright, 31, had been rappelling down El Sendero Luminoso at El Potrero Chico on Wednesday with climbing partner Aiden Jacobson, 26. Gobright and Jacobson met each other for the first time on the day of the climb. The night before, the veteran climber had posted to Instagram asking whether anyone wanted to join him.

Jacobson, from Phoenix, answered the post, and the pair met up the next morning. The pair used a 260ft rope to simul-rappel down the side of the mountain after they reached the peak, according to Outside. The fall occurred on Wednesday on an almost sheer face known as Sendero Luminoso on the El Potrero Chico peak near the northern city of Monterrey, civil defense officials said.

The publication Rock and Ice described Gobright, 31, a native of Orange County, as “one of the most accomplished free solo climbers in the world” and famed for setting a speed record for climbing The Nose on El Capitan in Yosemite national park in California in 2017.

Alex Honnold, the world’s leading free climber and who features in the Oscar-winning documentary Free Solo, paid tribute to Gobright on Instagram, describing him as a “gem of a man”.

“He was such a warm, kind soul – one of a handful of partners that I always loved spending a day with,” Honnold wrote. “I suppose there’s something to be said about being safe out there and the inherent risks in climbing but I don’t really care about that right now. I’m just sad for Brad and his family. And for all of us who were so positively affected by his life. So crushing. Brad was a real gem of a man.