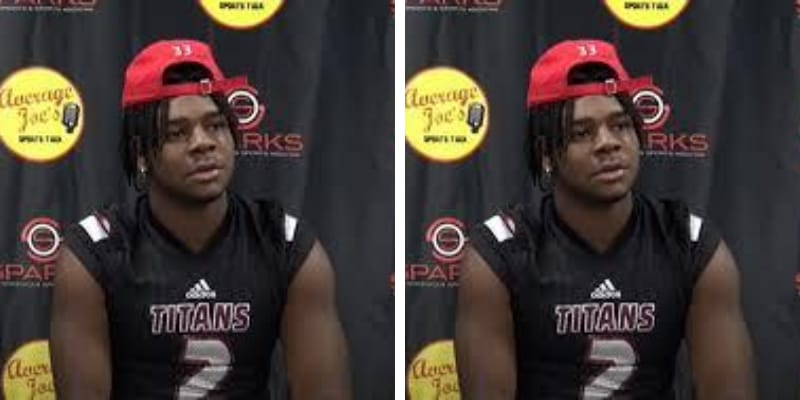 However, details on the incident are not clear but the cops are describing as an apparent accidental shooting. Sergeant Marcus Hill says there is an ongoing investigation and UAB head coach Bill Clark is asking for prayers for the family of Allen Merrick, who suffered a gunshot wound while visiting his home in Gadsden on Thursday.

He was UAB freshman linebacker and was 19 years old during his time of death.

Merrick joined UAB as a 3-star prospect in its 2020 recruiting class after being named the 2019 Gadsden City Defensive Player of the Year.

Furthermore, he’s the second member of the Blazers’ 2020 class to die during the offseason. Earlier, Defensive back Jamari “Chop” Smith drowned in May in a Chewacla State Park lake in Alabama.

Blazers head coach Bill Clark released a statement “Please pray for the family of Allen Merrick, a young man who joined our UAB Football Family this season. Allen was visiting home in Gadsden yesterday when he suffered a gunshot wound. He is at UAB Hospital where I’ve been with Allen’s family, but I do not have a condition I can share at this time. I ask that everyone please respect his family’s privacy and keep them all in your prayers.”

Talking about his education Merrick is a graduate of Gadsden City High School who was sought after many schools due to his prowess as a linebacker, committed to UAB last summer after receiving offers from Nebraska, Purdue, Tennessee, Kentucky, South Carolina, Missouri, and Central Florida.

During his time in Gadsden City, he was named Gadsden City’s Defensive Player of the Year and played in the Alabama-Mississippi All-Star game.

How old was he? He was 19 years old during his time of death. However, there is not much information about his father, mother, and siblings.

He stands 5 feet 10 inches tall and weighs around 85KG.