Alejandra Silva was born on February 16, 1983, in Coruna, Spain. She is popular for being the wife Hollywood actor Richard Gere and moreover, she is a Spanish Businesswoman, Social Media Personality, Publicist and Activist.

She is the daughter of Ignacio Silva (father) and he is a Businessman and also former vice president of Real Madrid Football Club. Later, her mother Paola Garcia-Baquero is an Activist. 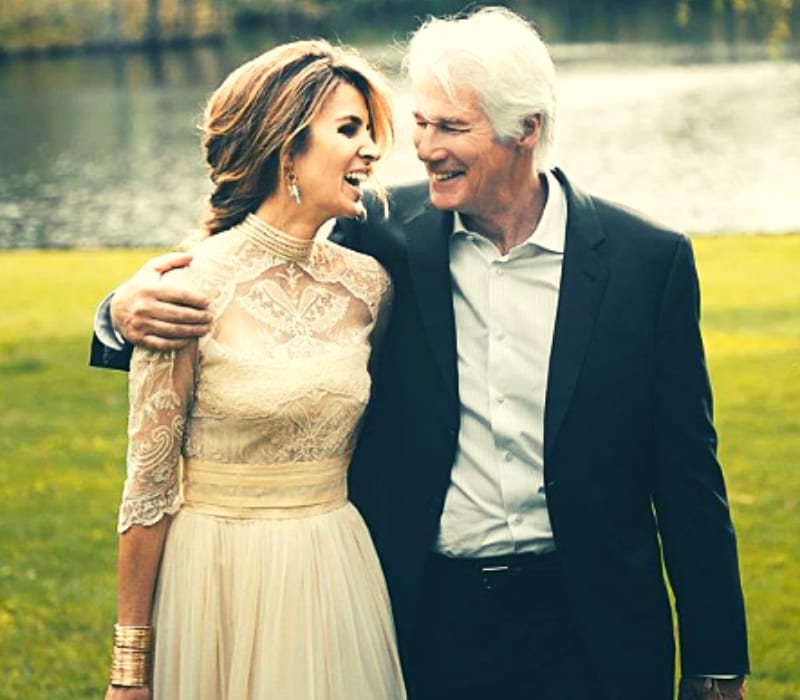 Furthermore, she did her schooling in Saint Louis and Mater Salvatoris School and later went to Dorset, Uk. Furthermore, she enrolled in University in Madrid and graduated with a Degree in Advertising and Marketing.

Later, after graduating she started her career in modeling and helping underprivileged children. Initially, she interned at Farm Ad Agency in Madrid and shifted to the Marketing Department in 2015.

In 2016, Alejandra featured in the cover page of Hola! Fashion. Earlier, in 2007 she used to work for a nonprofit organization called Beautiful Life Fund along with Karolina Kurkova where this organization help to raise fund for Underprivileged children and bring awareness on Children, Refugee, and homeless children.

In addition, this model organized and participated in the Real Madrid Football Club Foundation African Initiative Project and raised the fund for the local people and Community and also helped in promoting sports in African Family.

How old is Alejandra Silva? was born on February 16, 1983, in Coruna, Spain and she is 36 years old as of 2019. Furthermore, she belongs to a rich family and daughter of Former VP of Real Madrid Football Club and her mother is an Activist like her.

Earlier, Richard Gere was in a relationship with Cindy Crawford who is a Supermodel and these were together between1991 to 1995. Later, he married Carey Lowell in November 2002 even she is a Model and actress and this duo also share kids together and Homer James Jigme Gere (Born in 2002).

In 2016, she started to date Richard Gere and finally they tied the knot on April 2018. Recently, this duo welcomed their first baby Son in February 2019. In fact, the name of the baby boy is not revealed as of now.

On another hand, Alejandra was married to mining Magnate named Govind Friedland and they share a son named Albert born in December 2012 and later in 2015, they applied for divorce.

During the process of Divorce she was in a relationship with American Actor Richard Gere and after couple years she tied the knot with him on February 2019, at Gere’s Estate in Pound Ridge, New York.