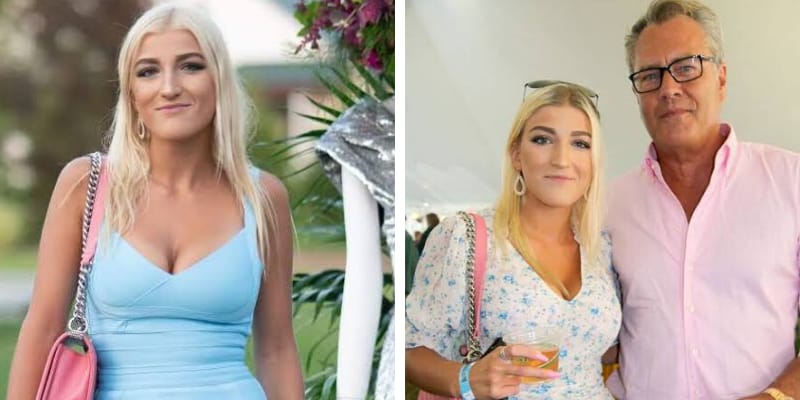 Alba Jancou was born in 1998 and from New York, USA. She is a 21-year-old college student and popularly known as Peter Cook’s Fiancee and Peter is 60 years old and away too much older than Alba.

Alba studied at Tulane University in New Orleans and attended adolescent schooling as Millfield and its a private boarding school in Somerset, England. Furthermore, she pursuing her studies as a psychology student in New York. 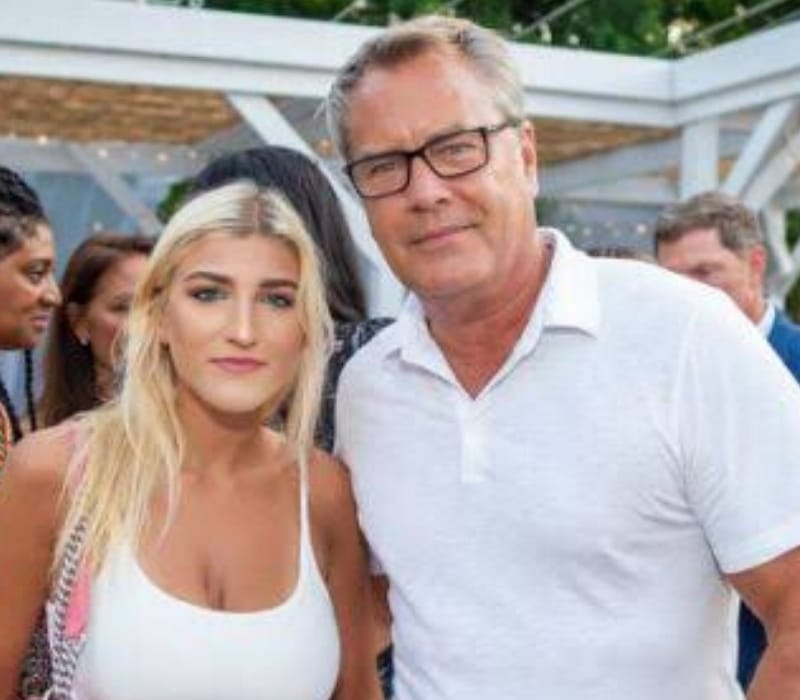 Where Peter Cook is the Ex-Husband of Christie Brinkley is ready to tie the knot with Alba. Peter shares kids with his Ex-Wife Brinkley, a daughter named Sailor, 21 and adopted son Jack, 24. In an interview with People, Peter said “We are very happy” and added, “We consider ourselves incredibly lucky to have found, in each other, our soulmate and We are looking forward to many years of wedded bliss!.”

Alba Jancous Got Engaged in Greece

On September 15, 2019, Alba and Peter Cook got engaged in Santorini, Greece. He proposed her with her a six-carat Glenn Bradford diamond ring in front of a church. Earlier, they were spotted at events in the Hamptons.

Alba and Peter Cook first met at Le Bilboquet, a swanky New York restaurant and it was two years ago. Moreover, they were just friends in the first year but eventually developed a romantic relationship with each other. This duo made their relationship public last year and even attended Hamptons magazine party celebrating Bobby Flay’s cover or the East Hampton Artists and Writers Charity Softball Game.

However, this is Cook’s third marriage, Peter previously married to Brinkley in 1996 and they stayed together till 2008. The main reason for their separation was when Brinkley came to the affair between Peter and the 19-year-old Assistant named Diana Bianchi.

Later, he tied the knot with Suzanne Shaw and these pairs split in 2014. Furthermore, he was in a romantic relationship with another former employee named Samantha Cole who was 18 years old at the time. However, she declined.

How old is Alba Jancou? She was born in 1998 and from New York, the USA and she is 21 years old as of 2019. She is the daughter of Marc Jancou (father) and Tanya Bonakdar (mother).

Alba’s parents once owned a gallery together in New York City and Tanya now owns two solo galleries, one in New York and one in Los Angeles, Jancou also has an active website, which states that his first gallery space opened in 1991 and that he’s been a “key proponent in the development of both established and emerging artists alike.” Where Jancou also has his gallery in New York.

Alba completed her education from an English private boarding school called Millfield. Later, I attended Tulane University in New Orleans and now studies as a psychology student in New York.