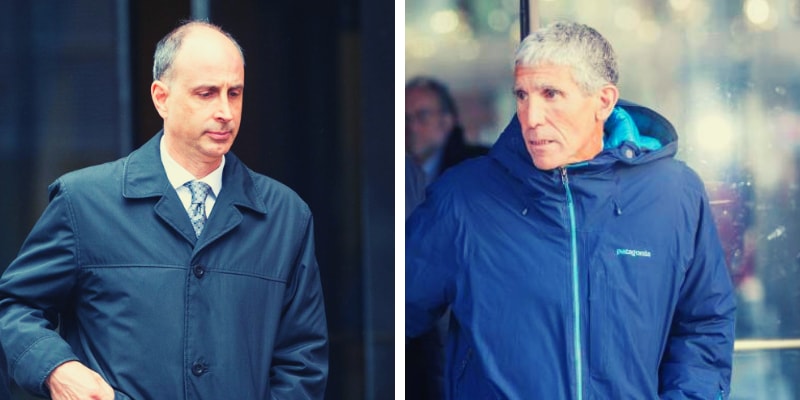 Adam Semprevivo is the current junior at Georgetown University student and the son of Los Angeles businessman Stephen Semprevivo. Recently, he was caught up in the college admissions scandal and his father paid an admissions consultant $400,000 to get his son into the University.

Furthermore, Stephen Semprevivo has filed a lawsuit against Georgetown University on Wednesday to stop expelling his son from the University for his alleged involvement in the college admissions scandal and the main kingpin of this scam is William Rick Singer.

According to the Report, this Businessman paid a bribe to the Consultant William Rick Singer and later he went on to pay off former Georgetown tennis coach Gordon Ernst and created a fake certificate that Adam was a team recruit. On May 7, 2019, the Businessman pled guilty in a Boston federal court.

In fact, Adam tried to Compromise With Georgetown University and the Lawsuit said that Adam offered “to withdraw from the university with his credits intact and no unfavorable notations on his transcript” later they University refused those terms and refused to keep his credit progress intact.

Adam Semprevivo has maintained a 3.18-grade point average during his time at the Jesuit university and 4.067-grade point average in high school scoring 1980 on the SAT. In fact, Adam was actually a Basketball Player but never mention his involvement in the sport of tennis.

“Applicants to Georgetown affirm that the information and statements contained in their applications are true, correct and complete. Knowingly misrepresenting or falsifying credentials in an application can be cause for rescinding the admission of the student and dismissal from Georgetown.

Today, we informed two students of our intent to rescind their admission and dismiss them from Georgetown. Each student case was addressed individually and each student was given multiple opportunities to respond and provide information to the University.”

Adam Semprevivo was admitted to Georgetown in 2016 and his father worked with admissions consultant William “Rick” Singer to bribe Gordon Ernst who was Tennis Coach to recruit his son, Adam as a Tennis Recruit.

In a court documents, Adam told that “When I walk into a room people will normally look up and make a comment about my height — I’m 6’5” — and ask me if I play basketball and With a smile, I nod my head but also insist that the sport I put my most energy into is tennis”