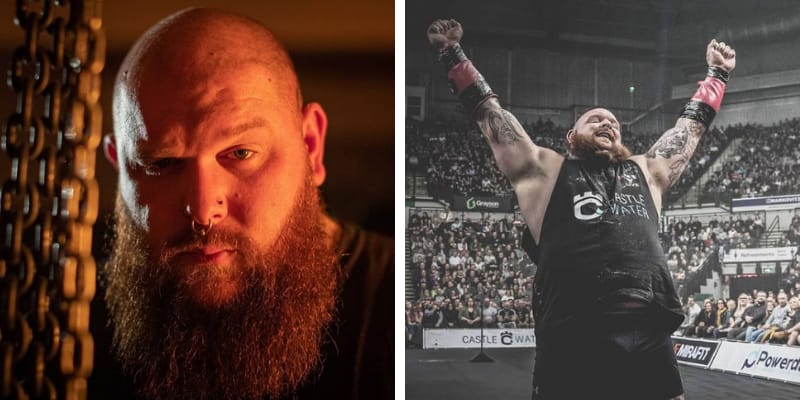 Aaron Page was 33 years old strongman passed away after a battle with COVID-19, he was born on December 26th, 1986, and from Australia.

On November 20th night he passed away but his death cause has not made public, his Girlfriend Chloe Woodford wrote on Facebook on November 12th “Hi All, Aaron Page asked me to put a message out on his behalf, he’s currently in hospital in an induced coma where machines are doing the breathing for him, we both tested positive for covid at the end of last week, and has been in since last night, obviously this is a challenging time for me and his family so if don’t reply please don’t take offense, he’s a strong boy he’ll get through this.”

This morning she broke the news that Aaron passed on, she wrote on Instagram “This hurts my heart to write, my gorgeous boy passed away last night surrounded by those closest to him, I spent his last hours by his side, holding his hand, singing our song and telling him I love him, I hope I can make you proud, my life will never be the same without you, thank you for saving me when you did.”

Later, Giants Live also confirmed his death on its Instagram, “We are shocked and saddened by the dreadful news of Giant’s Live athlete Aaron Page passing away. Our heartfelt condolences go out to all of Aaron’s family and friends,” they wrote. “Aaron you will be greatly missed by all of us at Giant’s Live May you rest in peace.”

Aaron Page’s last Instagram post was on November 10th, he wrote “Will be quiet on hearing from training videos for a week while I spend some much-needed recovery time. Nothing serious dont panic ill still be sharing bits plus we have a wsm YouTube video plus our first strongmen do stupid s#*t.”

He was the 5th Britain’s Strongest Man 2020, on Facebook he describes himself as “Strongman, European, deadlift champion ’18, European log champion ’16 & ’17, Giants Live competitor.” 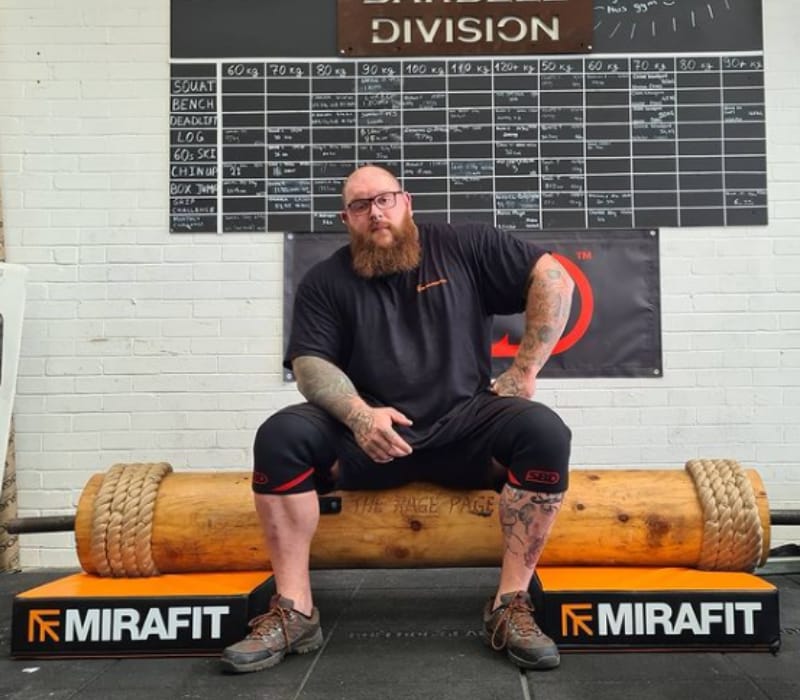 How old was Aaron Page? He was born on December 26th, 1986, and from Australia, he was 33 years old during his time of death.

He was in a relationship with his Girlfriend Chloe Woodford, Aaron also had a 12-year-old son but there is not much infromation about his wife.

On November 2, 2020, Aaron shared his son’s picture on Instagram and wrote “12 years have passed since my whole life changed! 12 years ago to I looked at this little dude with puffy red eyes and just fell in love! The love for your child is explainable! He’s my best friend, my buddy, my inspiration, my hero! Have a great 12th birthday little dude love you xxxxxxzx.”