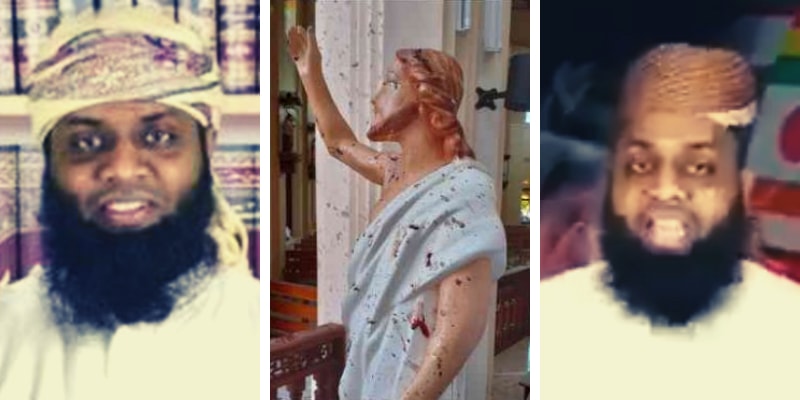 Zahran Hashim is the face of the mastermind behind the Sri Lanka terrorist attacks on Easter Sunday. Furthermore, he is popularly known for posting incendiary videos on YouTube. Moreover, he is a radical Islamic cleric and mastermind of Srilanka’s Attack.

Earlier, on April 4 he planned to attack the Indian High Commission in the capital of Sri Lanka but failed to do so. The recent attack killed at least 300 people and 500 plus people were wounded. According to the source these attack was inspired by ISIS.

However, Srilanka Government officials accused the National Thowheed Jamath (NTJ) of carrying out the bombs in five-star hotels and churches. Where NTJ have split off from another Islamist organization in the South Asian country, the Sri Lanka Thowheed Jamath (SLTJ).

On the other hand, SLTJ has condemned the attack, strongly deny any links with the NTJ and say they actively oppose the group. Moreover, SLTJ secretary named Abdul Razik was arrested several times on charges of inciting religious unrest.

According to the report 39 foreign tourists and injured another 28. In fact, four Muslim radicals were arrested after finding high explosives and 100 detonators near a remote wildlife park in January. In addition, to theses recent attack Sri Lankan presidency given the statement.

In fact, these Incidence resembles the Christmas Eve bombings in Indonesia in 2000. On April 11, Sri Lanka’s police chief issued a warning and told that NTJ was planning attacks on churches and the Indian high commission.

Who is Moulvi Zahran Hashim? was a prolific lecturer for National Tawheed Jamaath and he also owned Youtube channel but after this incidence, all the videos were deleted.

But in one of the video, he told that “Islam doesn’t permit standing up for National flag.” and according to him “Hindus, Xtians, Buddhas are Kafirs.” Later, he added, “Allah created this land for Muslims; Kafirs have the right to live, only Muslims have the right to rule and Loyalty of Muslims should only be for the Nation ruled by Muslims.”

Furthermore, there is not much information available aboutZahran Hashim’s father, mother, and siblings. Even there is less information about his personal life.