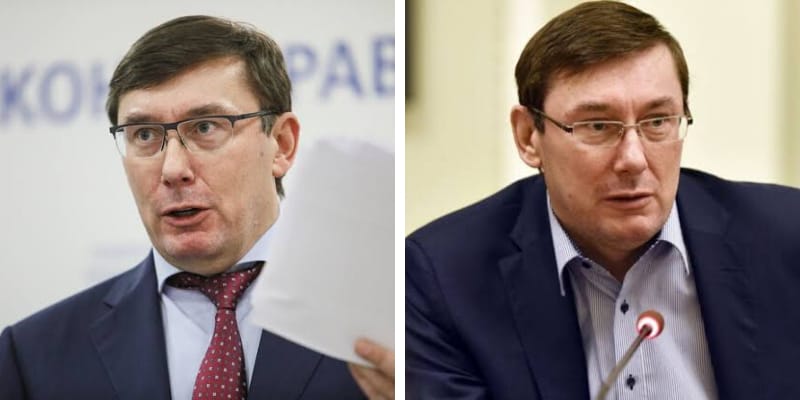 Yuriy Lutsenko aka Yuriy Vitaliyovych Lutsenko was born on December 14, 1964, and from Rivne, Western Ukraine. He is a Ukrainian politician whose latest post was Prosecutor General of Ukraine from 12 May 2016 until 29 August 2019. 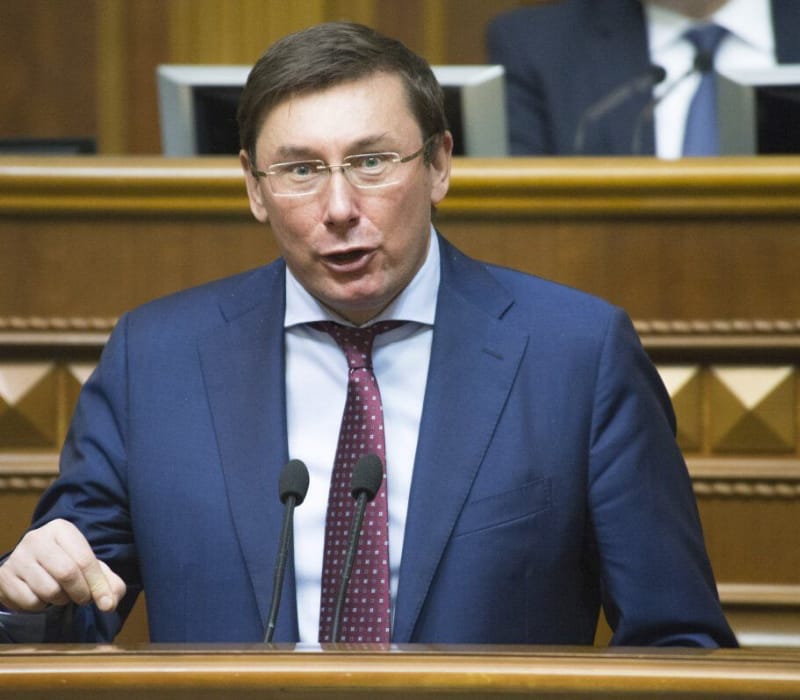 Following the 2019 Ukrainian parliamentary election, Lutsenko was dismissed by parliament on 29 August 2019, and replaced by Ruslan Riaboshapka. Curently, he is under investigation for Abuse of Power and according to Kyiv Post, following the indictment of Lev Parnas and Igor Fruman, The National Anticorruption Bureau of Ukraine opened a criminal investigation against Lutsenko at the request of Kyiv’s Solomyansky District Court.

Lutsenko is a former Minister of Internal Affairs and gained fame as one of the leaders of Ukraine without Kuchma! the campaign, which followed the Cassette Scandal of 2000. From 1991, Lutsenko was a long-term member of the Socialist Party of Ukraine (SPU).

Then, he was the people’s deputy in Verkhovna Rada beginning in February 2002. As a Minister, Lutsenko refused to run in the 2006 parliamentary election on his party list. Earlier, in 2005 the Ministry of Internal Affairs is the Ukrainian police authority, and Lutsenko became the first civilian minister.

Lutsenko was held at the Lukyanivska Prison from 26 December 2010 until 7 April 2013 when he was released from prison because Ukrainian President Viktor Yanukovych pardoned him (among others) for health reasons.

However, he was entangled in a scandal concerning his behavior during a visit to Germany in May 2009 at Frankfurt Airport. According to the source he was detained at Frankfurt Airport by the German police in a state of acute alcohol intoxication. The Ukrainian Interior Ministry dismissed these allegations. According to the information of the Ministry, on 4 May 2009, the Interior Ministry’s delegation was detained at the Frankfurt airport during document checks and missed the flight.

Lutsenko sent in his letter of resignation following the incident where he said that the initial report of the arrest was overblown and false. He claimed the German police eventually apologized to him and that the false reporting was an attempt to get him removed from his position.

How old is Yuriy Lutsenko? He was born on December 14, 1964, and from Rivne, Western Ukraine and he is 55 years old as of 2019. He is the son of Vitaliy Ivanovych Lutsenko (Father) and Vira Mikhailivna (Mother). He also has a brother named Serhii Lutsenko (Brother).

He completed his education from Lviv Polytechnical Institute in 1989 and earned his degree in engineering.

He is married to his wife named Iryna Lutsenko in 1988 and they share two sons named Oleksandr Lutsenko and Vitaliy Lutsenko.

Iryna Lutsenko was elected into parliament in the October 2012 Ukrainian parliamentary election on the party list of “Fatherland” (number 18). In March 2012 she had stated she was not about to go into politics.

Estimated Net Worth of him is under review. He stands 5 feet 10 inch tall and weighs around 76 KG.