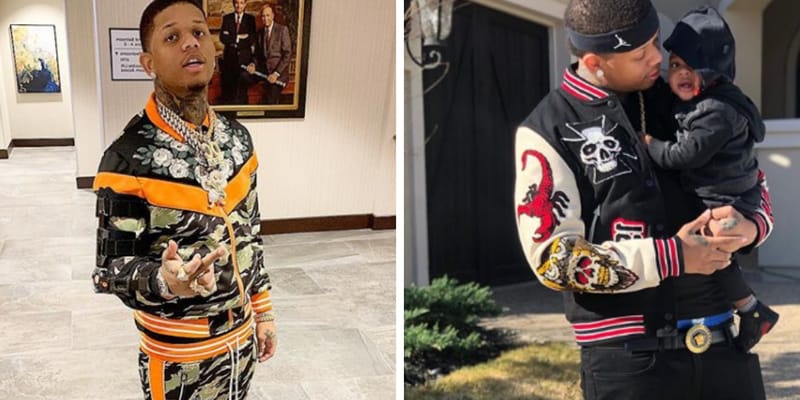 Yella Beezy Wiki: He is an American Professional Rapper and also a Music artist whose real name is Adrian Brown. He was born on October 21, 1991, in Dallas, Texas. The present age of Yella Beezy is 27 years.

Recently on October 14, 2018, which was on Sunday morning, when he was traveling in a vehicle on a highway, a shooting occurred around 3:30 a.m. at Sam Rayburn Tollway. During the shooting, the rapper was shot eight times out of 12 shot which was fired. Immediately after the tragic incident, he was taken to the hospital and is according to the reports it says that he had survived the attack. However, the name of the suspects have not yet known and the Lewisville police are still on the investigation on this shootings. There is also no specific evidence about the motive of this attack. Presently, Yells is hospitalized and is recovering from the wounds.

The Rapper had a very horrible life during his childhood as he lost his dear father when he was just 12-years old. After losing his father, his family had to face many financial problems and eventually, his mother also lost her job due to some reasons. Because of all his personal problems, he started working at 15-years- age and even his step-father was not used to help him financially.

The rapper also has a cousin brother whose name is Deandre Conway.  However, as we do not have much information about his education as he is said to be dropped out of his high school and his parent’s name we will be updating it shortly.

The rapper is popular for his music videos which include popular songs like ‘That’s On Me’, ‘Up One’, ‘Flava’, ‘Thru Some Thangs’.  In 2016, his music video ‘Trap in Designer’ was released and it created a huge buzz across the social media. In the same year, he also released his first mixtape titled ‘Lite Work’.

Since his high school, he is said to be in a relationship with his girlfriend and is also said to be having a son whose name is not yet known. The rapper is very secretive about his personal life and likes to keep it very private.

The estimated net worth of Yella Beezy is said to be around $ 3 million USD.