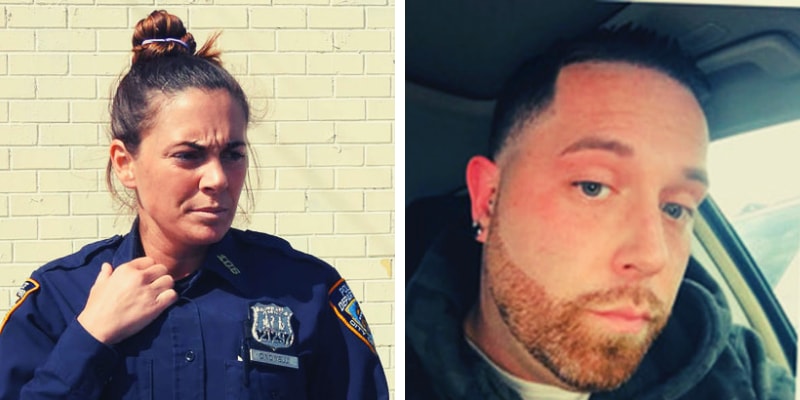 Valerie Cincinelli once appreciated after she caught a Man Literally Red-Handed in 2017 but currently, she is accused of trying to have her boyfriend find a hitman to kill her ex-husband. Furthermore, on May 17 she was arrested and suspended from her Duty.

Why? Valerie Cincinelli Planned to kill her Ex-Husband

Valerie planed to kill her Ex-Husband named Isaiah Carvahlo Jr. but she was arrested FBI for conspiracy to commit murder. However, both FBI and the NYPD Internal Affairs Bureau arrested and the court also decided that the suspect posed a “danger to the community.”

Coming back to Valerie, she is a cop out of Queens’ 106th precinct. In fact, during her arrest, she was in the Viper Unit where it’s a team that studies video surveillance cameras in public housing facilities. Later, the term viper stands for (Video Interactive Patrol Enhanced Response).

Since 2007, Valerie is been working for NYPD and she was assigned to the 106th. During that time she was with a local man and later that man in 2017 told the Internal affairs that she spent time with him at his house in he Howard Beach-section of Queens.

However, 2017 she was awarded “cop of the month” from the Jamaica Rotary. In the sam year, she became a viral story in April when she red-handed caught a man in the Howard Beach area.

Congrats to PO Cincinelli, Jamaica Rotary cop of the month. Keep up the good work! pic.twitter.com/YvZ6Y99kLU

How old is Valerie Cincinelli? was born in 1985 and she is 34 years old as of 2019. Furthermore, there is not much information about her father, mother, and siblings.

Valerie Cincinelli was married to Isaiah Carvahlo Jr and she is the mother of two kids. In fact, she withdrew $7,000 from a TD Bank branch and gave it to her Boyfriend to kill her Ex-Husband. Later, he bought 5 ounces of gold coins to purportedly pay the hitman.

Moreover, all this was carefully recorded by the FBI and working as a confidential source. The FBI on Friday went to her house and showed the staged Photograph of her estranged husband and according to the report, this NYPD officer cried “fake tears” during the meeting.

Later, she was arrested at her House in a Short time and charged with use of interstate commerce facilities in the commission of murder-for-hire, which carries a maximum 10-year prison sentence.

In 2006, she graduated from the school according to the 2016 article from Longwood University’s student magazine.