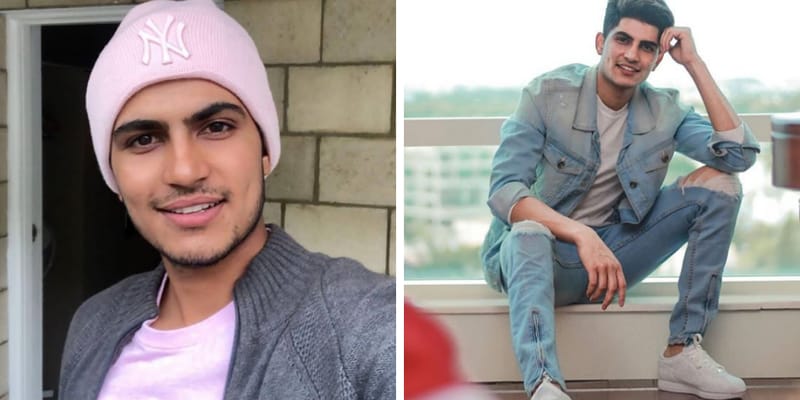 Shubman Gill was born on September 8, 1999, in Punjab, India. He is a popular U-19 cricket player for India who has made his first debut in Punjab against Bengal Match in 2017-18 Ranji Trophy.

Shubman Gill was very passionate cricketer since his early days and had started playing cricket when he was just 3 years old. At such a young age, his interest in cricket was at a peak and was sleeping with bat and ball, as stated by his father. He has participated in U-16 state debut in Punjab team where he hit a double-century. He also participated in Punjab’s Inter-District U-16 competition in 2014, where he scored 351 runs. In February 2017, Vijay Hazare Trophy, Gill was in List A debut in Punjab. Later he also got into 2017-18 Ranji Trophy on November 2017. He had performed very well in all his matches and also earned good fame from his batting. With his impressive batting, he was taken into IPL 2018 auction for Kolkata Knight Riders for around 2 crores.

After scoring an unbeaten century in the final round-robin match, Shubman Gill was named as one of eight players to watch ahead 2018-19 Ranji Trophy. In a match played between Punjab and Tamilnadu, Shubman Gill scored his maiden double century.

Recently on December 25, 2018, which was the fourth day of Match which was against Hyderabad, when Punjab needed 338 runs from 57 overs, Gill batting helped Punjab to finish the run chase at 324/8 in 57 overs. He single-handedly scored 148 runs out of 154 balls.

It was an electrifying match that occurred on Tuesday. Shubman Gill was honored with Chidambaram Trophy from BCCI for the best U-16 cricketer during 2013-2014. Shubman Gill is also chosen as the vice-captain for Under-19 Cricket World Cup 2018.

The young cricketer has completed his High school from Manav Mangal Smart School in Mohali. Since his Childhood days, Shubman Gill was very interested in playing cricket and in his school, he had participated in cricket tournaments and is also a well-known player. Lakhwinder Singh Gill is the father of Shubman and he is a farmer and his mother name is Keart Gill. Shulman’s family has agricultural land in Fazilka, Punjab and they are into farming for a long time.

After seeing his son’s interest in cricket, Shubman Gill’s father decided to make his son a great cricketer. Lakhwinder made the hired to throw balls at Gill so that his son would be able to practice cricket. Later, the family moved to Mohali and also rented a house near PCA stadium.

There is not much information available about his girlfriend or affairs on social media. It seems that Shubman Gill is currently single and is focusing on his career. With his performances in Cricket matches, he has become a rising star in the cricket team.

The estimated net worth of Shubman Gill is under review and will be updated shortly.