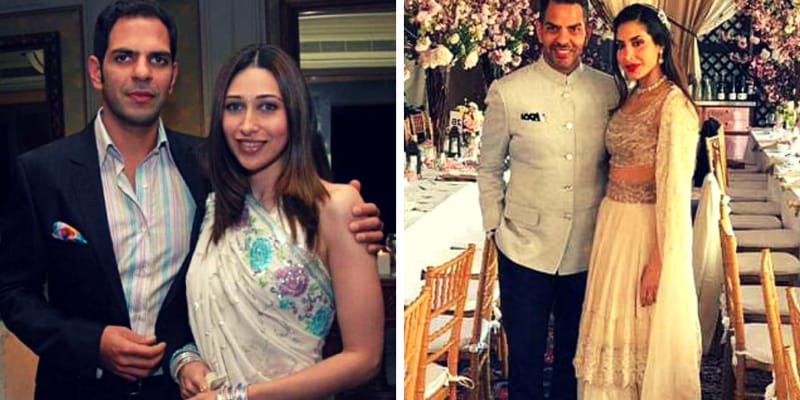 Sanjay Kapur was born in the year 1965 in Delhi, India. He is an Indian Business Executive and is popular as the Ex-Spouse of the famous Bollywood Actress, Karishma Kapoor. After the divorce with the actress, she got married to Priya Sachdev on April 2017. The couples have been living happily since their marriage and recently they have also welcomed their first child on December 22.

Sanjay Kapur has completed his High School in Vancouver later attended Massachusetts Institute of Technology and completed his courses in Management. He has also earned BBA in HR & Corporate Strategy from the University of Buckingham. Sanjay Kapur has a very good family background since his father Dr. Surinder Kapur is a Businessman and also the founder of Sona Group and his mother name is Rani Kapur. He has two sisters named Suparna and Mandira and he adores them very much.

The Sona Group was founded by Sanjay Kapur’s father in 1987. Later the company has established its firms in different locations across the globe. They have around 16 plants including India, USA, Brazil, and Germany. Even Sanjay’s mother also has a business firm.  Sanjay is presently working for Sona group along with his father. He is also the CEO of Sixt India Company which belongs to Sona Group.

The Sona Group does business related to manufacturing highway applications and power steering and Kapur’s family have been running the business for 30 years and are very well established.

Sanjay Kapur was initially married to Nandini Mahtani, the couples were together for a couple of years until later they got divorced, in 2003, he married to the Bollywood actress Karishma Kapoor and they have been together for almost 14 years and were having a good relationship.

Finally, they got divorced in 2016 and are having two children. Samaira Kapoor and Kiaan Raj Kapoor are the children’s of Sanjay and Karishma.

Later Sanjay Kapur married to Priya Sachdev in 2017 and he is living a good life with the family. Recently he is also blessed with a child on December 22. The news of the birth of a child has created a huge buzz among the people.

The estimated net worth of Sanjay Kapur is $ 50 million USD.