Ross Lynch was born on December 29, 1995, in Littleton, Colorado. He is an Actor, Musician, songwriter, and American singer. Ross Lynch is known for a role in Austin & Ally as Austin Moon and in My Friend Dahmer as Jeffrey Dahmer.

Ross earned a lot of affection for his role in Chilling Adventures of Sabrina. It is released on October 26, 2018, in Netflix. It is a supernatural show in which Sabrina is a half witch and half human, In addition to this Kiernan Shipka appeared as “Sabrina Spellman” and Chance Perdomo as “Ambrose Spellman”.

He is from Colorado in 2007 his family moved to Los Angeles, and he didn’t go to school because he was taught at home, Ross Lynch has four siblings one sister named Rydel Lynch, and three brothers named Riker Lynch, Rocky Lynch, and Ryland Lynch.

He made his first appearance in the film Muppets Most Wanted, furthermore, he gave the voice over for the movie Snowtime which was dubbed from French to English.

Later, starred in A Chorus Line, and Status Update. Not only in the movie he also appeared in many television shows like So You Think You Can Dance, Kidz Bop, and Lil’ Miss Swagger.

He is also a singer play piano and drums too, his debut single was “A Billion Hits” released on 2012, later released his second soundtrack “Heard it on the Radio” it is listed on UK Singles Chart. Furthermore, he sang many songs Can’t Do It Without You, Austin & Ally: Turn It Up, and Teen Beach Movie.

Ross Lynch has dated American dancer and actress Morgan Lancer in 2012, later they separated in 2014. Furthermore, Ross Lynch and Courtney Eaton were in Relationship in 2015, sadly after two years of dating got separated in 2017.

Ross Lynch has an estimated net worth of 7 Million USD. 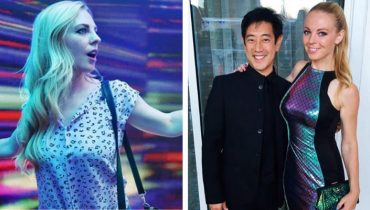