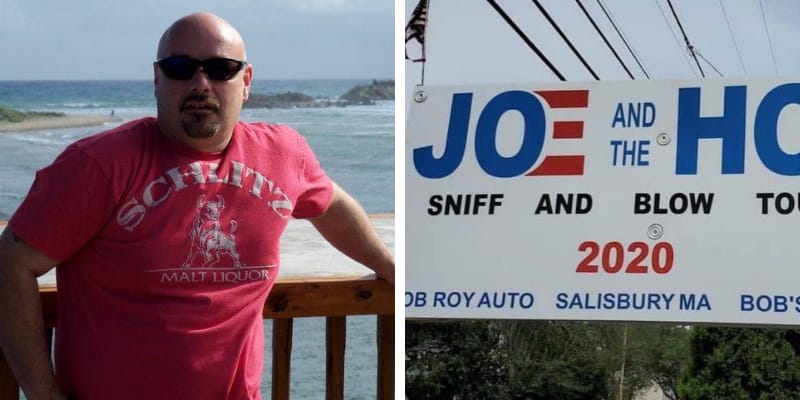 Robert Roy Jr is the owner of Rob Roy Auto and he is from Salisbury, Massachusetts. He made the media headlines after a large sign which read, “Joe and the Hoe, Sniff And Blow Tour 2020,” went viral on Social media.

Salisbury’s residents are outraged by the sign put up by Robert and its derogatory reference to Vice Presidential Candidate Kamala Harris as a “hoe.” 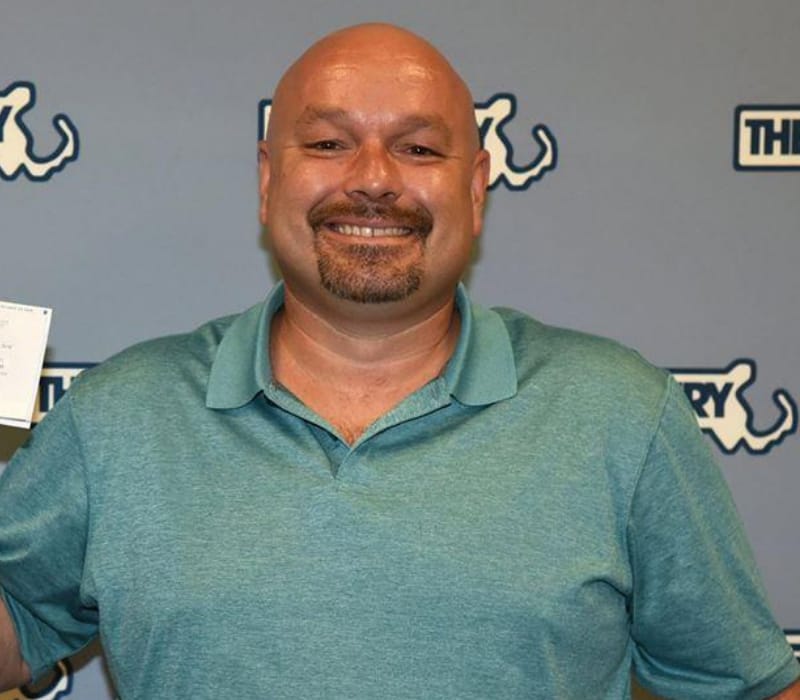 The Signboard “Joe and the Hoe, Sniff And Blow Tour 2020,” Went Viral on Social Media.

This board went viral after Newtown resident Norman Martinez posted the sign on Facebook, many were unhappy and this even caused sparking outrage.

In an Interview with the local news station, Norman told them he found the sign incredibly offensive, he said “This guy always has obscene signs. He even uses the f-word. I’m no prude. I’m a veteran, but this time his sign is beyond acceptable. Kids can see it.” He has complained to town officials but Salisbury Town Manager Neil Harrington said his hands are tied.

However, Martinez’s complaint isn’t the first Harrington received over the years concerning Roy’s signs and language. But this time more than 200 people voiced their outrage to his office.

On user named Kristen Jackson wrote on Facebook “This guy is such a sexist a**hole. It pi**ed me off for days. A typical deplorable, uneducated j*rk. I could go on for pages on how much this pi**ed me off.”

Furthermore, some of the comments are, “he should take that down and replace it with a sign that simply says “I’m a dumb a*s.”

“Im from MA and will people know these companies are not honorable. HO really.”

Salisbury Town Manager Neil Harrington Said Robert Roy Jr Exercising His First Amendment Right To Free Speech and Could Not Be Taken Down. 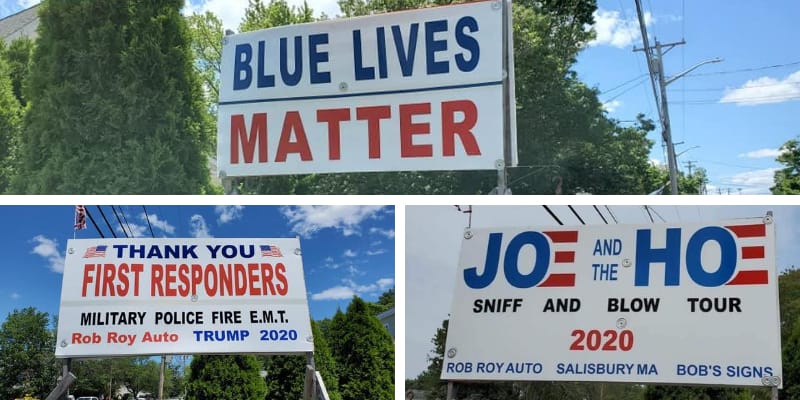 Neil who is the Salisbury Town Manager told in an interview with SeaCoastonline that he was exercising his First Amendment right to free speech and the board could not be taken down, he said.

“The sign is the epitome of bad taste. It’s vile. It’s sexist. It’s racist. But as a public official, I’m sworn to uphold the Constitution of the United States,” and “I think a lot of people are misdirecting their outrage at the sign towards Salisbury and not the person who’s displaying it. The antidote is to utilize your own free speech against it.”

According to the source, the controversial signboard has been removed.

Who is Robert Roy Jr?

He is an owner of Rob Roy Auto on the main street in Salisbury, Massachusetts, and a supporter of Donald Trump.

Most of the Robert signs are against the Democratic Party and he displays different controversial signs each day outside his Auto Shop.

This is not the first time Roy put up controversial signs, in Feb he posted “Keep America Great … Re-elect the Motherf***er … Trump 2020.” Then, his other signs that read, “Blue Lives Matter” and “Stop the Democrats.”

After the outrage, Roy wrote on Facebook “Ok, I do see how the sign can be so offensive to some, but if I posted something about our great President the same people that went lower than me would be hailing me as a great person. Everyone that drives by my shop knows that I am very right and do not hide it. A couple of signs funny some serious and some on edge. This last sign did go too far and all though I won’t take it back Wish more of you got the message. She is a TOOL (hoe). My future signs will not cross the line again but will continue with my message. To the polite ones from the left that I had great conversations with from all over the country Canada and even Ireland, THANK YOU and hope that we all can learn to talk as we did. This is America and did you act like one? To the friends, customers, and fellow Americans that stood by me THANK YOU, sorry if your life got harder. I would also like to state I am not a racist and just because I have different views, does not make me one. We are all humans, most here are AMERICANS, we need to act that way. Rob Roy.”