Polyana Viana aka “The Iron Lady” was born on June 14, 1992, in São Geraldo do Araguaia, Para, Brazil. She is a Professional MMA fighter and currently in news after beating the crap out of a robber.

This incidence took place on January 5, 2019, when Polyana Viana was waiting for an uber outside her apartment and from nowhere a man appeared with a gun and asked her to give her phone. Furthermore, being a professional MMA fighter she brought the robber down with Kicks & punches to the face and locked him in a Rear-Naked Choke and later she informed the police. 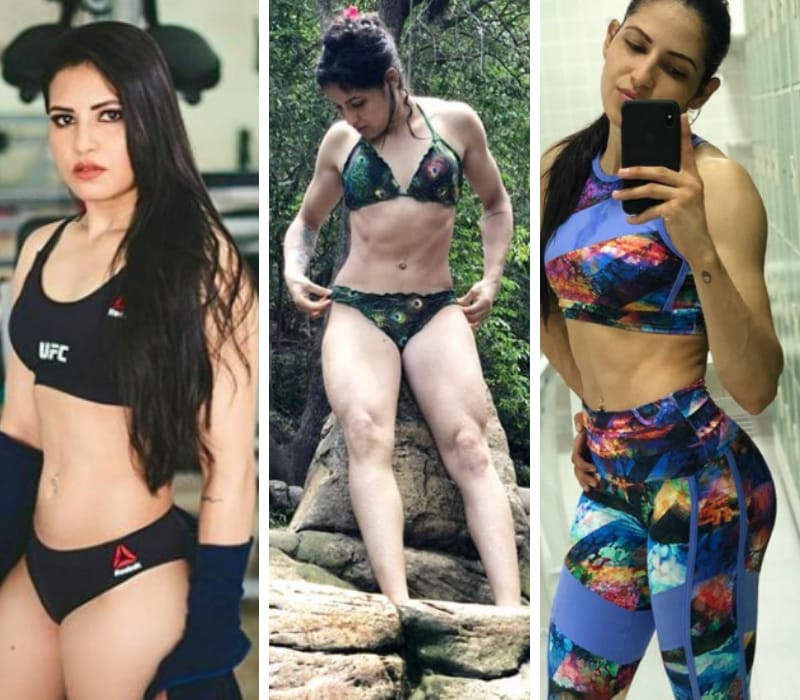 However, Polyana Viana discovered that pistol wasn’t real in turn was a cardboard replica of a Pistol. After the police arrived she handed over to them and later posted the Image of the robber in social media and he was badly beaten up by with blood on his shirt and all over the body.

Furthermore, in an interview, she said that after the incidence she went home and prepared food and her hand was a little bit hurt.

How old is Polyana Viana? was born on June 14, 1992, in São Geraldo do Araguaia, Para, Brazil and she is 26 years old as of 2018. Furthermore, her stats are: won 10 fight out of 12 and she is known for a very quick fight. Later in August, she said to be won 5 fights in the first round session.

In 2013, she started her career in MMA and took training. Moreover, she is eight-time Jiu-Jitsu state champion in Brazil and also competed in Strawweight Division. Polyana Viana already faced this problem before when she was in her hometown Belem, two people came in a bike to snatch her phone but luckily they got escaped. There is not much information on her family and Boyfriend.