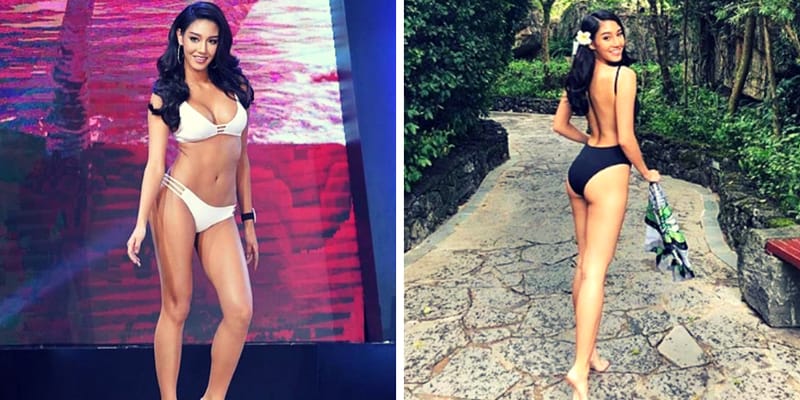 Her career in Beauty Pageant began in 2014 when she represented US in Miss Thai New Year’s USA 2014 competition and for her good outfit and stunning costume, she won Miss Sports Outfit and Best Thai Costume. Later in 2015, Nicolene Pichapa Limsnukan participated in Miss Teen Asia USA 2015 and won Congeniality and Best National Costume. With her frequent winning of the titles, she was highly got recognition from the people for her beautiful pretty face and stunning looks.

Recently in 2018, Nicolene Pichapa Limsnukan also participated in Miss Universe Thailand 2018 and in the competition she was placed in Top 10 list and also received the people’s choice award. Later she also represented Bangkok in Miss Thailand World 2018 and also became the winner and won Hue Hin’s Favorite Award.

On December 8, 2018, Nicolene Pichapa Limsnukan took part in Miss World 2018 competition that was held in Sanya, China where she represented Thailand. In the competition, she received the title of Miss World 2018 First Runner-up and Continental Queen of Asia and Oceania.

The Beauty Pageant was born and bought up in Long Beach, California. After completing her High School graduation, she attended The University of Thai Chamber of Commerce and earned her degree in Business Administration. Since her early days in college, Nicolene was interested in becoming a model.

There is not much information that is known about her father, mother, and siblings on the internet and we will be updating it very soon.

There is not much information known about the relationship or dating history of the Model. She has also not revealed any information about her personal life and Affairs.

How old is Nicolene Pichapa Limsnukan? Was born on September 22, 1998, in California, USA. The present age of the Beauty Pageant is 20 years. At a very young age, she has gained a lot of attention from the people for her gorgeous looks.

The estimated net worth of the Nicolene Pichapa Limsnukan is approximately around $ 300,000 USD.