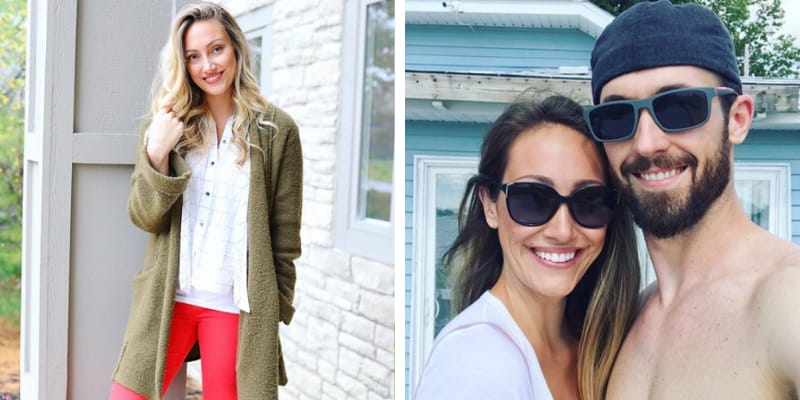 Myka Stauffer Wiki: She was born on June 2, 1987, and from Ohio, USA. She is a Family vlogger, Fitness enthusiast, and mother of four kids. She has a Youtube channel under her name and has 715k subscribe during the time of writing. Previously, she served as a Registered Nurse and earned her license in February 2012. 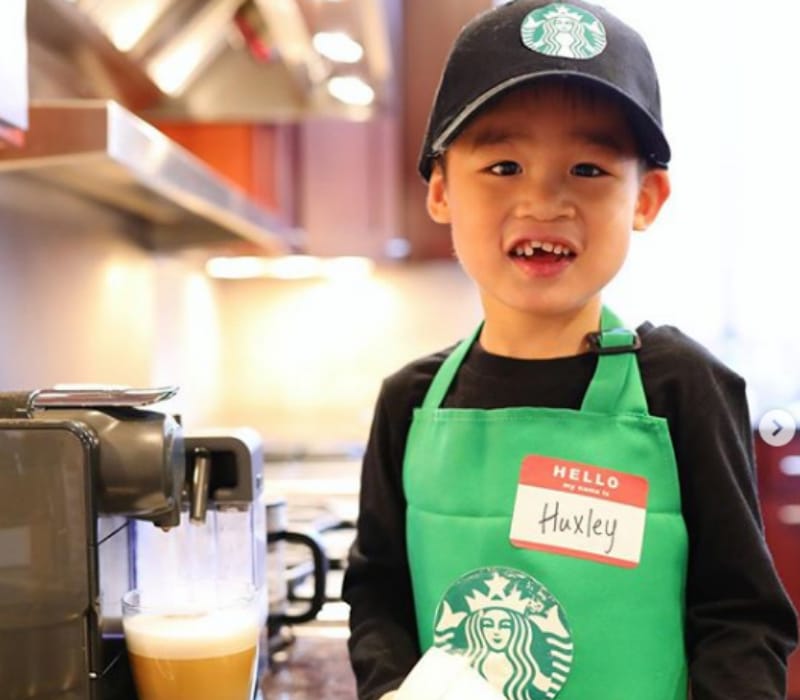 On May 26th, they uploaded video on their Youtube channel and confessed that they “rehomed” their adopted son Huxley who is four years old as of 2020. The couple adopted Huxley in 2017 who suffer from autism and in the video they explained to fans that they didn’t understand what it would be like to raise a child with “special needs.”

James Stauffer claimed the couple had not been informed ahead of time about how severe the child’s needs were before they brought him home, he said. In the video, he said “I can’t say enough how hard Myka has tried throughout this entire journey and the amount of effort she’s put into this in helping Huxley as much as she can.”

James said in the video, he and Myka Stauffer were reportedly told before the adoption that Huxley had a brain cyst and a brain tumor. They allegedly later discovered that their (now former) son actually had a stroke in utero, and has autism and a sensory processing disorder. Furthermore, in the video, Myka added that she felt she had failed Huxley because he needed care that she didn’t feel equipped to provide.

Myka Stauffer said “There’s not an ounce of our body that doesn’t love Huxley with all of our being. There wasn’t a minute that I didn’t try our hardest and I think what Jim is trying to say is that after multiple assessments, after multiple evaluations, numerous medical professionals have felt that he needed a different fit and that his medical needs, he needed more.”

The Stauffers explained that the adoption agency and medical experts had Huxley spend time with different people in order to find his “perfect match and fit for his now new forever family.”

It all began in November 2016 and Myka Stauffer explained on her YouTube channel about her adoption process and they brought their adopted son Huxley home in October 2017.

This couple documented this process and uploaded a video titled “Huxley’s EMOTIONAL Adoption VIDEO!! GOTCHA DAY China Adoption” on Youtube and it has received 5.5 million views till now. The video description reads “This adoption journey all began in November of 2016 when we stumbled across Wen Quan’s adoption posting online. We pursued his file on our own with our adoption agency WACAP to begin the adoption process. Along the way we have had several emotional moments but we have persevered with the help of prayer and our friends and family to stay strong! Huxley is a special needs adoption.”

Myka’s last Instagram photo along with her former adopted kid Huxley was on March 28, she wrote “Last month was the hardest month I have ever had as a mama. And I’m still working through all of it. But instead of leading with my heart, I’m following yours! #adoptiontrauma #adoptee #adopteevoice #reactiveattachmentdisorder.”

Earlier, on February 16 she wrote “The last couple days have been hard I don’t want to sugar coat anything. We have had a lot of meltdowns, and lots of behaviors that have had us on our knees begging God for guidance! On social medial and Youtube, we rarely show the behaviors or the hard stuff, because we try our best to respect our sons privacy and dignity. We have hard days, lots of them. I wish autism and adoption trauma had a manual to direct you through it all.” 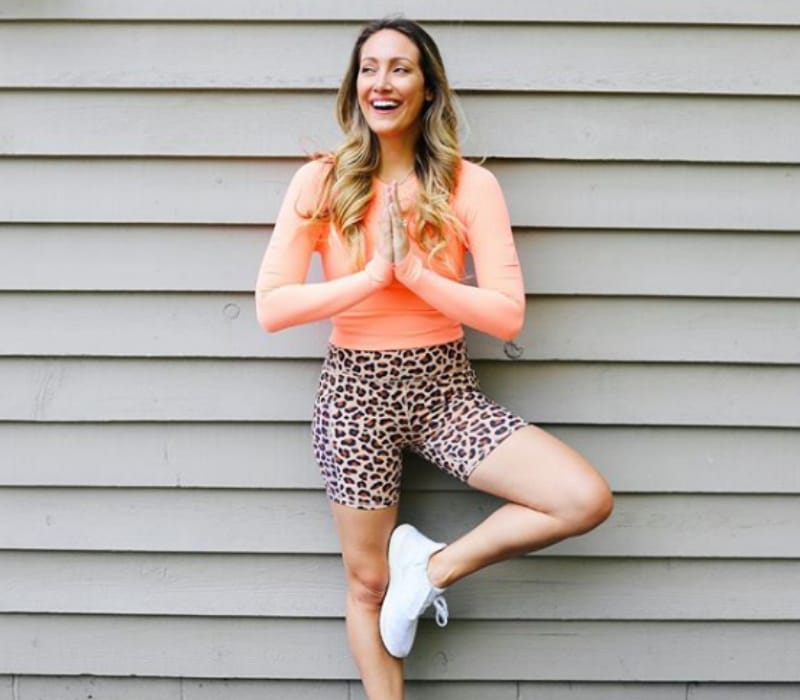 Earlier, she was a registered nurse and earned her license in February 2012. However, Stauffer’s nursing license expired in 2013 and since then she has not renewed it. Apart from this she’s sponsored by big-name brands like Big Lots, TJ Maxx, and Danimals yogurt.

How old is Myka Stauffer? She was born on June 2, 1987 and from Ohio, USA and she is 32 years old as of 2020. Her mother’s name is Heather and not much information about her father and siblings.

On October 3, 2019, she shared a picture of her mom on Instagram and wrote “Me and my mama With every child I had my love and relationship with my mom grew deeper! Im so grateful to have you in my life @bigbuta1! You have the biggest heart ever, and the most contagious laugh anyone has ever heard. So glad to have such an incredible mama by my side! Love you to pieces.”

Furthermore, Myka Stauffer maintains close relationship with her family, on November 29th, 2019 she shared a family picture and wrote “So grateful for every one of these amazing people! Blessed to call them family, and so grateful they put up with me and all my crazy! When the family is there for you through the good and the bad, they are like a corner brownie piece, you always have time for them, and just perfect every time!.”

Myka Stauffer and James Stauffer got married in September 2013, about a year and a half after adopting Huxley. The duo share four biological kids: Nakova, Jaka and Radley, and onyx. 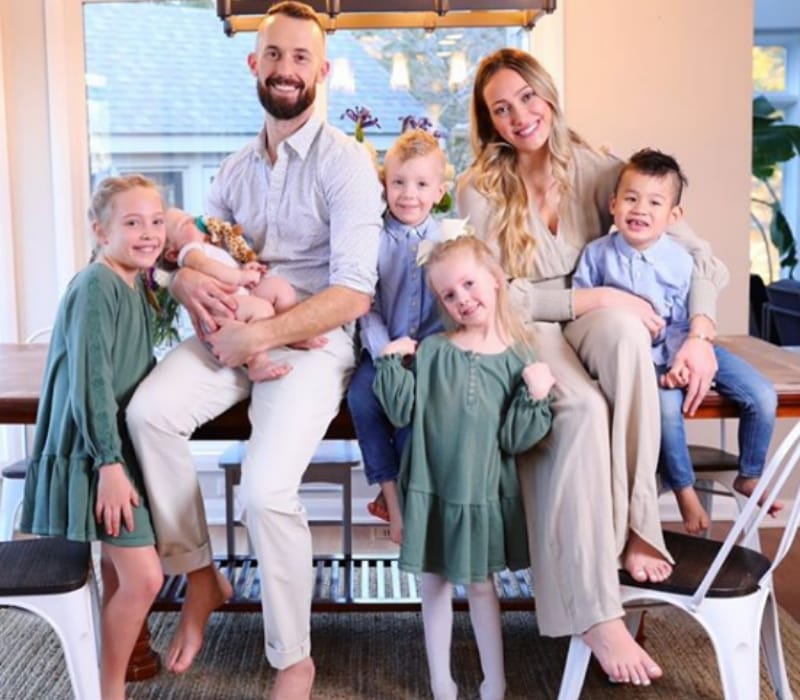