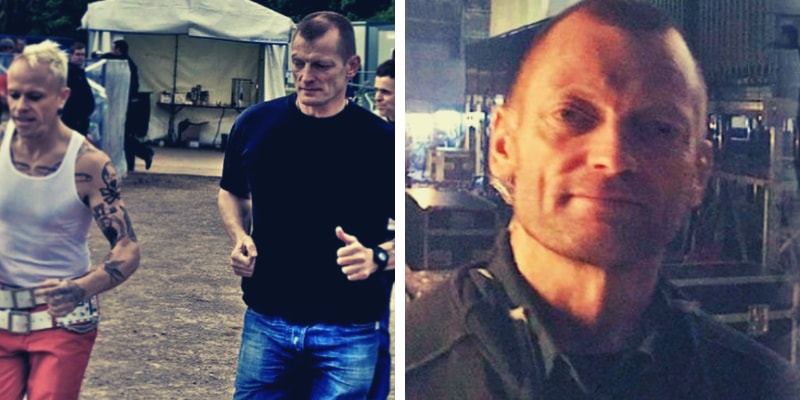 Minder Con aka PRODIGY minder Con has passed away and this news was confirmed by on the band’s website today. Minder was also known as Superman con and the reason for his death is not revealed yet. Furthermore, this news came shocking to the fans.

Earlier, The band’s frontman Keith Flint was found hanged at his Essex home on March 4. Sadly Keith Flint tragically died and now another member of the band lost his life. Later, the band tributed him and wrote.

“R.i.P Con.You always had our backs and looked after us for years, you got us out of many sticky situations on tour, you were a truly great man, in fact, you were actually Superman and the people that knew you will understand what I’m sayin”.

Later, the band shares some of the pictures of Minder along with Keith Flint and wrote “Above all you were the greatest loyal friend to us all man. We will truly miss you and never forget you brother. Our love goes out to Jayne and family. The Prodigy boys.”

On 4 March 2019, Keith Flint was found hanging and he was 49 years old during his death. On March 29, during the funeral of Keith huge crowd danced through the streets of Essex as his coffin was taken to his local church.

How old was he? there is not much information yet about his age and cause of his death. In one of the picture, Con was holding Keith securely as he leaned into a festival crowd and another of him on a rollercoaster with friends.

Furthermore, there is not much information available about his father, mother, and siblings. Once, anti-hunt protesters stormed Keith pub before his death and during that time the band said Con saved them from tricky situations.