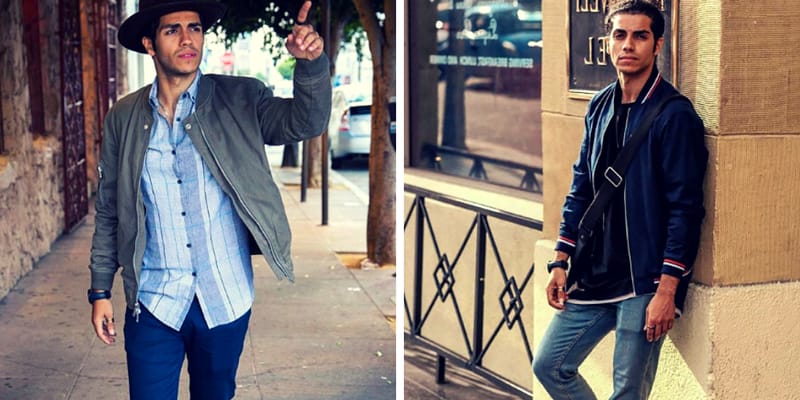 Mena Massoud was born on September 17, 1991, in Markham, Ontario. He is a popular Canadian actor who has gained more popularity for appearing in ‘Aladdin’ movie in the lead role. The Disney movie is all set to get released in 2019 worldwide and its recent trailer has created a huge buzz in social media.

Guy Ritchie being the director of the movie and the American actor Will Smith is also in one of the main roles of Genie. Naomi Scott is playing the role of Princess Jasmine in the Aladdin Movie. The actor has also worked television series of Open Heart (2015) where Mena Massoud starred the role of Jared Malik and also appeared in Tom Clancy’s Jack Ryan where he was featured in the role Tarek Kassar.

Mena Massoud has completed his High School education from St. Brother Andre Catholic High School. Later he attended Ryerson University and earned his Bachelor Degree in Theatre and Acting. Since his childhood, he was very passionate about acting and had a dream of becoming an actor.

Mena was born to an Egyptian Coptic Christian parents whose names are not yet known. The actor is around 5 feet 8-inch height and he has a good number of Instagram followers of around 70 k.

Mena Massoud from his childhood wanted to become an actor and he also completed his Graduation from Theatre and acting. As a passionate actor, Mena Massoud has acted in various movies like ‘What Happens Next’, ‘Americanistan’, ‘Let’s Rap’, ‘Masters in Crime’, ‘Final Exam’ etc.

His recent movie ‘Aladdin’ is all set to get released in 2019 worldwide where Mena Massoud has featured in a main role in the movie along with Will Smith and Naomi Scott. However, the ‘Aladdin’ movie is still in pre-production and Mena is also featuring in ‘Jack Ryan’ Amazon series where he is doing the role of Tarek Kassar (CIA analyst).

His appearance in the movie has made him more popular as the role given to him meets the demands of the character.

The actor has also appeared in a number of TV shows like Saving Hope, Nikita, The 99, Tom Clancy’s Jack Ryan, Combat Hospital and many more. The 27-year-old actor has earned more popularity at such a young age and hopefully, it seems that he would get more opportunities in the future.

The actor seems to be very focused on his career at the moment and he does not have any girlfriend and is currently single. Mena Massoud is busy with various projects and has not revealed much about his personal life and affairs.

The estimated net worth of Mena Massoud is said to be around $ 5 million USD.