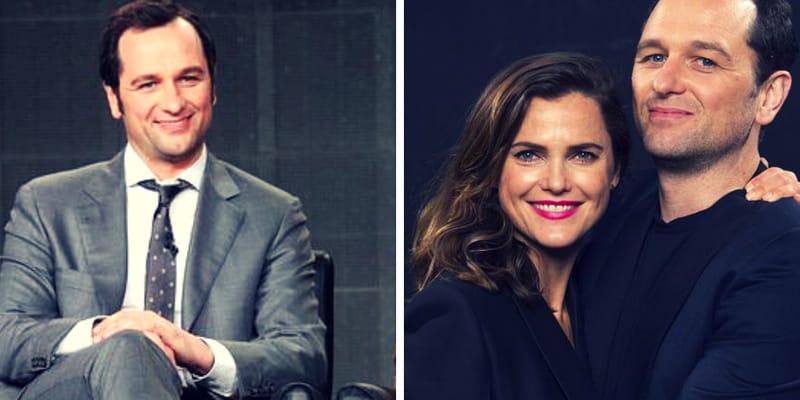 Matthew Rhys aka Matthew Rhys Evans was born on November 8, 1974, in Cardiff, Wales. He is a popular Welsh Actor who is known for playing the role of Philip Jennings in ‘The Americans’ TV series.

Rhys attended Ysgol Gynradd Gymraeg Melin Gruffydd and Ysgol Gyfun Gymraeg Glantaf School in Cardiff. At the age of 17 years, Matthew was accepted at the Royal Academy of Dramatic Art (RADA) in London after playing in the school musical. Matthew Rhys has an older sister named Rachel, who is a broadcaster in BBC news. We will be updating more information about his parents and early life very soon. The actor initially appeared in ‘House of America’ series and in ‘Back-up’. Later Matthew Rhys appeared in ‘Bydd yn Wrol’ which is a Welsh film, and also won the Best Actor at Bafta Cymru. In 1998, Matthew was starred in a Drama TV series for ‘Greenstone’.

Later he has appeared in a number of films like ‘Whatever happened to Harold Smith?’, ‘Jonathan Pryce: The Testimony of Taliesin Jones’, ‘Very Annie Mary’ and ‘Brothers & Sisters’. With his new roles in the movies, she gradually gained more popularity with his acting performance in varieties of movies.

The actor has starred in ‘The Americans’ FX series, where he starred opposite to Keri Russell. Currently, Matthew Rhys is filming ‘The Jungle Book’ Origins where he will be starring alongside with Cate Blanchett, And Serkis and many more.

Matthew Rhys was in a relationship with the popular American actress Keri Russell, who is also the co-star in ‘The Americans’. Both of them were in a relationship since 2013 and the couples have a son named Sam in 2016.

The estimated net worth of Matthew Rhys is said to be around $ 2 million USD.