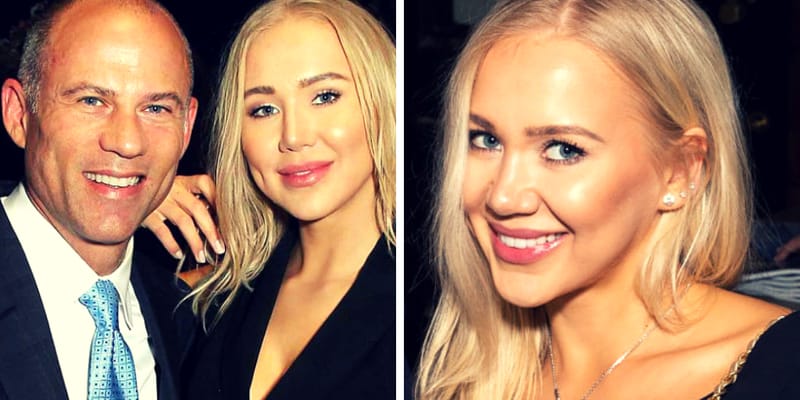 Mareli Miniutti is an Estonian actress who accused Michael Avenatti of domestic violence. The actress is born in the year 1990 in Estonia. On November 20, 2018, a restraining order has been filed against Avenatti from Mareli and she had also filed a petition at Santa Monica branch.

She has also claimed that she was dragged by Avenatti in his apartment floor and there were injuries and red marks that are said to have found on her body and had a hit on her face as well. On November 14, 2018, he was arrested by Los Angeles police for being accused of domestic violence and later for released by bail of $ 50,000 USD. In 2016, she appeared in ‘How to be single’ comedy movie that starred Anders Holm, Dakota Johnson, Leslie Mann etc. In 2019, she is acting in two upcoming movies like ‘Crypto’ and ‘Sargasso’.

Crypto is an American crime drama that has been directed by John Stalberg Jr. and the film stars are Kurt Russell, Luke Hemsworth, and Vincent Kartheiser etc. The movie trailer has also been released recently. Since Mareli childhood, she wanted to be an actress and she was also having the beauty and charming face of an actress.

Mareli Miniutti was in a relationship with American attorney and Entrepreneur Michael Avenatti. He also has appeared as a legal commentator on various occasions. Michael was initially married to Christine Avenatti Carlin and the couples were together for almost 13 years until they got separated.

Later he married to Lisa Storie in 2011 and they even had a son. Their relationship also came to an end in 2017. Recently in 2018, he was arrested for the suspicion of domestic violence against the victim Mareli and after few days he came out from a bail of $ 50,000 USD.