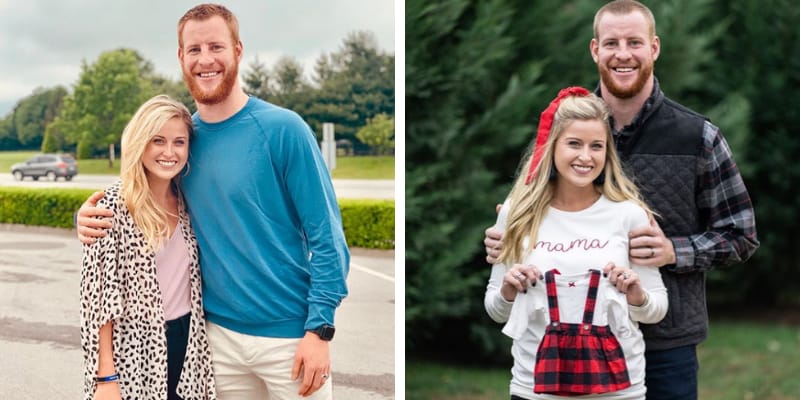 Madison Oberg was born on June 21, 1997, and from Philadelphia, USA. She is the wife of Carson Wentz who is an American football quarterback for the Philadelphia Eagles of the National Football League (NFL).

Carson Wentz played college football at North Dakota State University (NDSU) and was selected by the Eagles with the second overall pick of the 2016 NFL Draft, the highest selection ever for an FCS player. 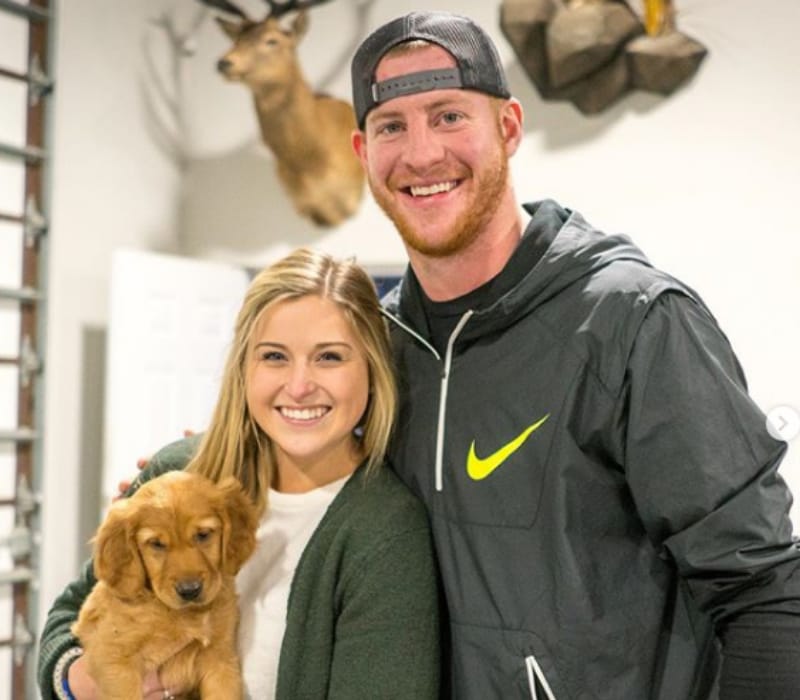 On June 6, 2019, the Eagles signed Wentz to a four-year, $128 million contract extension with $107 million guaranteed, keeping him under contract through the 2024 season. Wentz finished the 2019 season with 4,039 passing yards, 27 touchdowns, and seven interceptions. He became the first quarterback in franchise history to pass for at least 4,000 yards.

Earlier, in 2017 he helped the Eagles to an 11–2 record at the time he went down with an injury and he was 2nd in the NFL in touchdown passes with 33, as well as a media and fan favorite to win MVP but Carson missed the last three games of the season due to a season-ending ACL injury in his left knee.

Madison Oberg is 22 years old as of 2019 and she is a member of the Mission of Hope in Haiti. Wentz is a Christian and in 2017, he launched the AO1 Foundation.

Where The Audience of One Foundation, commonly referred to as the AO1 Foundation, is an American non-profit foundation dedicated to uplifting individuals and communities around the world by demonstrating God’s love for His people.

Wentz held the first annual AO1 Foundation Charity Softball Game at Citizens Bank Park on June 1, 2018. It was announced that the game brought in over $850,000 when 25,000+ fans attended the event.

On February 6, 2018, two days after the Eagles’ victory in Super Bowl LII, Wentz announced that he and his girlfriend, Madison Oberg, were engaged. On July 16, 2018, Wentz and Oberg were married in Bucks County.

Curently, the couple is expecting their first child. Wentz posted a Christmas photo of the couple with Madison wearing a shirt that said “Mama” while holding a baby outfit for their future daughter.

He wrote “Merry Christmas everyone! Celebrating Jesus’ birth and many other amazing blessings this holiday season— including this little girl that we can’t wait to meet! Have a great holiday and don’t forget the real reason for Christmas— Jesus!.”

Earlier, the duo announced the news with the help of their dog. “So much to be thankful for, but this might take the cake! What a blessing this child already is and will continue to be to my wife and I. Family is always the most important and we are so thankful for the family of 6 the Lord has blessed us with! Happy Thanksgiving everybody!.”

In free time, Wentz is an avid hunter during the offseason, and frequently visits his home state of North Dakota.

How old is Madison Oberg? She is 22 years old as of 2019. She is the daughter of Brian Oberg and Lisa Broughton and also has two sisters.

Estimated Net Worth of her in under review but will be updated in the future. She stands 5 feet 4 inch tall and weighs around 58KG.