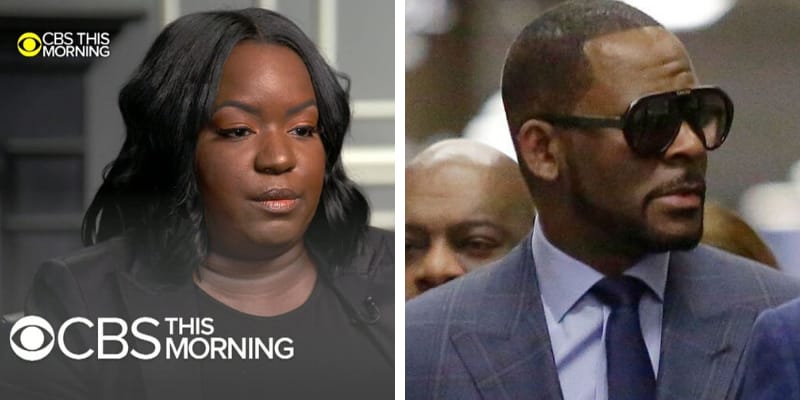 Lanita Carter is 40 years old and best know as the former hairdresser for R. Kelly who is an American singer, songwriter, record producer, and former semi-professional basketball player. Lanita accused the R. Kelly of sexual assault and in March 2019, she came out publicly.

However, in 2019 Kelly was arrested for several acts of sexual crimes, including child pornography and sexual assault of multiple counted. Since the 1990s, Kelly has been the subject of numerous allegations of sexual abuse and misconduct, often with underage girls, all charges he denies.

In 2002, he was indicted on 13 counts of child pornography but was acquitted of all charges in 2008. In January 2019, a widely viewed Lifetime docuseries titled Surviving R. Kelly detailed allegations of sexual abuse by multiple women, allegations Kelly denies. Facing pressure from the public using the Mute R. Kelly hashtag, RCA Records dropped Kelly.

Yes, she was 24 years old and was working as a hairdresser for R. Kelly for over a year before Kelly sexually assaulted her and she kept this secret for 16 years. An incident that occurred in 2003, Carter never revealed until 2019.

“I’m not ashamed of my past anymore. I’m not ashamed of what naysayers say,” Carter told CBS News correspondent Jericka Duncan. Carter said she braided Kelly’s hair for more than a year but saw him as more than just a client. She also considered him like an older brother. She even stood up for Kelly when he was arrested on child pornography charges in 2002.

“Two words: perfect gentlemen,” Carter said. “I would tell people, ‘Pray for him. Pray for him. I do his hair. He is nothing like what they say!'” Later, in an interview with CBSNews, she said “I get a phone call to come down and do his hair… When he came to the room and he asked me for that head massage, and I told him I didn’t do massages, I laughed it off. And I didn’t know he was for real,” Carter said. “If I could change that day – I wouldn’t have been there.”

“He pulled my braid down by him. And he says, ‘Suck it for daddy, suck it for daddy.’ And I said, ‘No.’ And I did like this. And he just started going, [spitting noises]. He did it, like, six times,” Carter added.

Carter said Kelly stopped only after someone knocked on the door.

“He didn’t open the door right away. He says, ‘Fix your face! Fix your motherf***ing face!'” Carter recounted. “I knew that it’ll be my last day there… And I get to the bathroom, and I grabbed a wall, and it was a rose-colored towel… I wiped my face… I’ve not dressed any type of way. I look at myself in the mirror, like, I’m not a beauty queen. I didn’t perceive myself to be nothing more than just his hair braider.”

“And I was kept thinking to myself, like, ‘Why did this happen to me?'” she added.

Earlier, Lanita Carter defended R. Kelly in 2002 when he was arrested on Child pornography charges. After he sexually assaulted her the same day she went to the police station and gave them her clothing which had DNA evidence of R. Kelly.