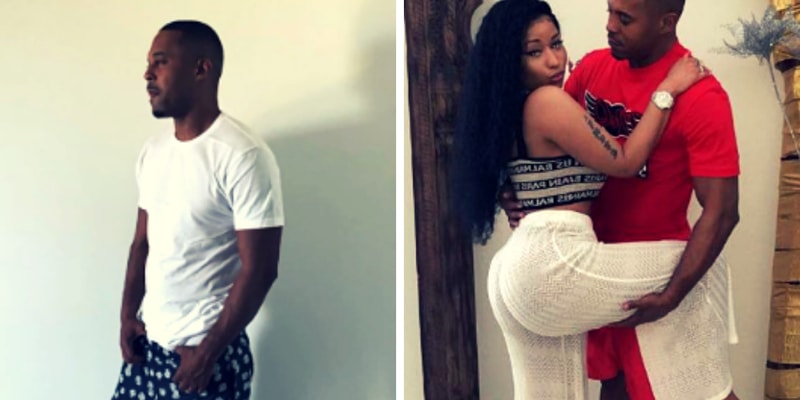 Kenneth Petty is currently dating Nicki Minaj, who is a popular American Singer, Actress, Rapper and Songwriter. Recently on December 8, 2018, Petty attended his girlfriend Minaj’s birthday. The 36-year-old rapper shared a series of videos and photos of her birthday on Instagram and in one of the photo, Nicki is seen putting her leg around Kenneth Petty. The photo had received more than 2 million likes on her Instagram page. The rapper also confirmed her relationship with Kenneth Petty on her Instagram account. Due to her affair with her boyfriend, it created a lot of controversies for dating a criminal.

Later, the E! News confirmed that Nicki Minaj boyfriend is a sex offender and has a criminal background. But the news about Petty is still to be addressed by Minaj. Previously, Minaj’s Boyfriend was previously having an affair with another woman a few months back. Even Minaj was said to have been dating a Formula 1 driver, Lewis Hamilton, but it was assumed to be a rumor.

When Kenneth was just 16-years old, he is said to have attempted a rape and was later charged with first-degree attempted rape in 1995. According to the sources, Petty is said to have used a pointed thing to make the victim have intercourse. Due to his crime, he has served 4 years of his life in prison.

Later, the boyfriend of Nicki Minaj again convicted of first-degree murder and was sentenced to prison for almost 7 years during mid-2000 later he was released in 2013. Currently, he is dating Nicki Minaj, the popular rap star and there are some controversies involved with their relationship.

The estimated net worth of Kenneth Petty is under review and will be updated shortly.

Recently, he was taken into custody by the U.S. Marshals after surrendering himself to federal authorities for failing to register as a sex offender in the state of California after relocating from New York.

He was arrested in November of 2019 by the Beverly Hills Police Department during a traffic stop and during that time authorities determined Petty was a registered sex offender. On March 4th, he made his initial court appearance and he pleaded not guilty.

Curently, he has been released on a $100,000 bond. Additionally, he adheres to a curfew, surrender his passport and is restricted from using drugs including marijuana from legal dispensaries in Los Angeles.