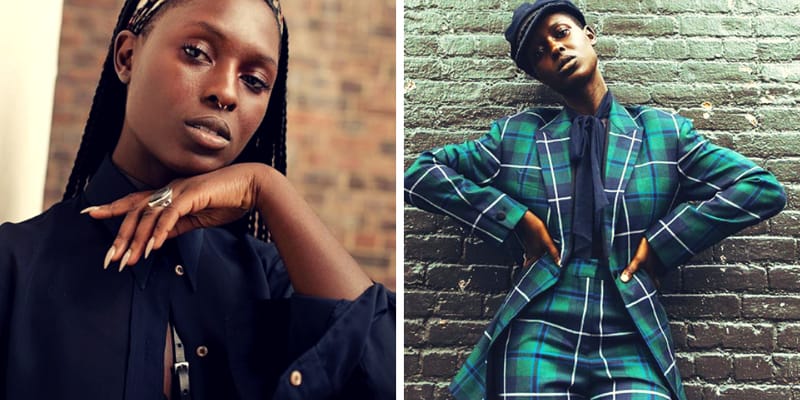 Jodie Turner Smith is a Jamaican actress born on November 7, 1988, in Jamaica. She has become popular because of her role Melantha Jhir in ‘Nightflyers’ American TV series.

There has been a recent buzz about Jodie Turner Smith stepping out hand-in-hand with Joshua Jackson on November 19, 2018, in Los Angeles. Both of them were seen walking down the street holding hands and laughing. According to some sources, it is also said that the two were also spotted together at Delilah. It seems that the actor’s new love, Jodie has been revealed and were spotted together on a lunch date. Erin Smith is the father of Jodie Turner Smith and her mother name is Hilda Smith. The 30-year-old actress also has a brother whose name is Brandon Antonino Giovanni Smith and sister named Toni Gasson Smith. However, the actress has not revealed much about her education and early life. It seems that she likes to keep her early life private.

Jodie first entered in the modeling field and was introduced by one of her friends and later the opportunity to move to Los Angeles and walk into NEXT Model Management. Her first job is said to be with Levi’s campaign. The actress has appeared in various films and projects like True Blood, Mad Dogs etc.

In 2016, Jodie had appeared in The Neon Demon show and in 2017, she appeared in the show called, ‘Lemon’. In ‘The Last Ship’ which is an American action drama TV series, she has played a very important role in the series. She is also be playing a role in ‘Nightflyers’ American Television series. Jodie is also going to play a role of a supermodel in ‘Sexual healing’ biopic and has also cast in Queen and Slim, which is an upcoming universal picture.

Jodie Turner Smith is in a relationship with Joshua Jackson, who is a famous Canadian actor. Joshua was previously in a relationship with, Diana after their 10 years of their relationship they split up in 2016. Currently, Joshua and Turner were seen hanging out in Los Angeles. Recently, this news had created a huge buzz when they were seen walking hand-in-hand walking down the street.