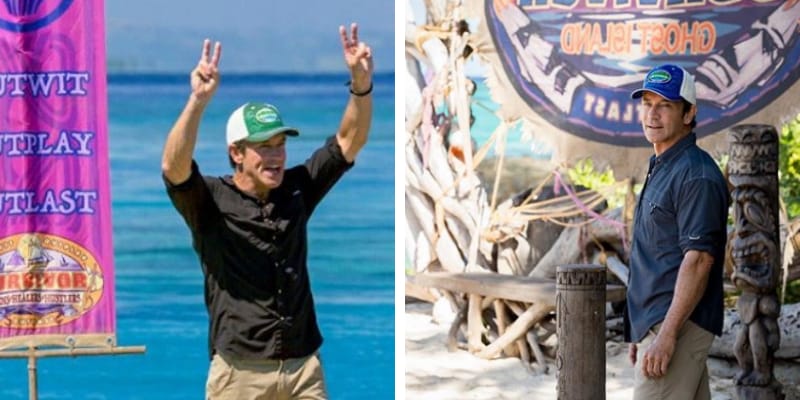 He is also the Emmy award-winning host of U.S. version of ‘Survivor’s series and he has appeared in the number of seasons. He got more recognition and fame after appearing in Survivor series. Initially, he started his career during the 1990s by hosting a half-hour Television Show in FX titled ‘Backchat’. During 1998-2001, he hosted the VH1 series of ‘Rock and Roll Jeopardy!’ and was also named as one of ’50 Most Beautiful People’ by people magazine in 2001. From (2012-13), Mr. Probst also hosted a syndicated daytime talk show named ‘The Jeff Probst Show’ which was produced by CBS Television Distribution.

In the 2003 episode of ‘Space Ghost Coast to Coast on Cartoon Network’s Adult swim’ Jeff had made a guest appearance. The executive producer founded ‘The Serpentine project’ in 2007, and moreover, it is a non-profit organization that works with youths transitioning out of foster life. Jeff also wrote and directed his first Lionsgate’s film titled ‘Finder’s Fee’ and in 2012 he was announced as director of-of his second feature film titled ‘Kiss Me’ starring John Corbett and Sarah Bolga. Recently, the TV host also appeared on the sitcom show titled ‘Life in Pieces’.

Jeff was married to Shelly Weight in 1996 and she is a psychotherapist and the couples were happy about their married life for a couple of years. But, later in 2001 the pair decided to split up and were divorced. Shelly’s Ex-husband later started dating Julie Betsy in 2004 and she was one of the contestants in his show. However, there Relationship was ended after four years. On December 2011, Jeff was married to Lisa Ann Russell and the couples are presently living happily together. Moreover, Probst is the step-father thi Lisa’s children named Michael (son) and Ava (daughter).

The American Television personality was born on November 4, 1961, in Wichita, Kansas, United States of America. He grew up in Bellevue, Washington and has completed his Schooling from Newport High School in 1979. Later he attended the Seattle Pacific University and completed his graduation. However, there is no information available about Jeff’s parents and siblings.