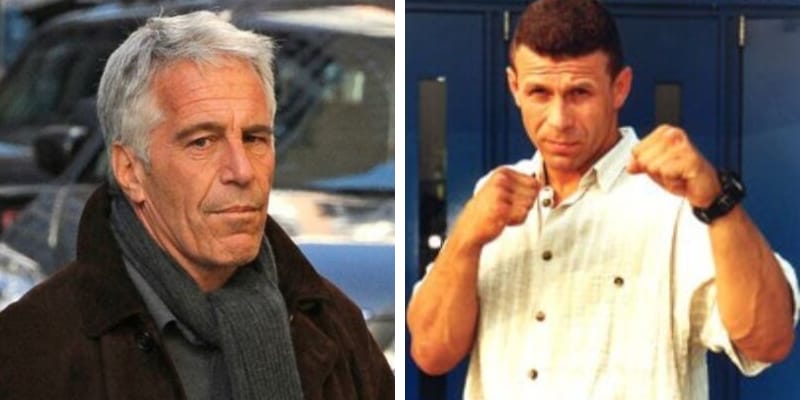 Igor Zinoviev was born in 1967 and from St. Petersburg, Russia. He is a mixed martial arts fighter and competed in the Extreme Fighting organization. Furthermore, he was the longtime bodyguard of Jeffrey Epstein.

Recently, Igor said that in an Interview that Jeffrey Epstein recruited others into helping him die in an apparent jailhouse suicide. “Somebody helped him to do that,” he said. Igor worked with Jeffrey Epstein for more than six years. Throughout his employment, Zinoviev flew with Epstein to his residences on the Upper East Side and in the Virgin Islands. He also trained him in workouts that involved weightlifting and fighting drills.

He started his career in competing with the Extreme Fighting organization and then moved to the Ultimate Fighting Championship. Once he met American businessman in a Turkish bath and businessman told Zinoviev that he could arrange fights for Zinoviev in America but later the promised opportunities did not materialize.

However, he found his path and started to participate in underground fights held clandestinely in warehouses in Brooklyn and Queens. In 1995, his first mixed martial arts fight was at the inaugural World Extreme Fighting event at Wilmington, North Carolina.

In that match, he defeated Mario Sperry via cut stoppage to claim the organization’s middleweight title. Later, he defeated Enson Inoue in Vale Tudo Japan. His finale match was Frank Shamrock at UFC 16 and that match Shamrock took Zinoviev down with a powerful slam that knocked him unconscious and broke his collarbone, finishing his fighting career.

Later, he worked as a personal trainer and bodyguard for Jeffrey Epstein. In November 2006, the International Fight League announced that Zinoviev would coach the new IFL team the Chicago Red Bears, which would consist primarily of Russian fighters.

How old is Igor Zinoviev? was born in 1967 and from St. Petersburg, Russia and he is 52 years old as of 2019. However, there is not much infromation about his father, mother, and siblings.

Igor was born with Meningitis (Meningitis is an inflammation (swelling) of the protective membranes covering the brain and spinal cord). Moreover, he was not able to walk until the age of four.

To overcome this handicap, he swam for exercise, becoming skilled enough that he entered a Russian sports academy. Later, he trained Comba Sambo, Boxing, and Judo. Then, he was selected in the Russian army and served there for almost two years in an elite special forces squad. Then, for four years he worked as a municipal police force.

He is married to his wife named Tetyana and this couple shares a son, Daniel. Where Daniel likes his father is training in martial arts and swimming and also participated in the junior Olympics, finishing at the top of his class and clocked one of the fastest times in the Junior Olympics.