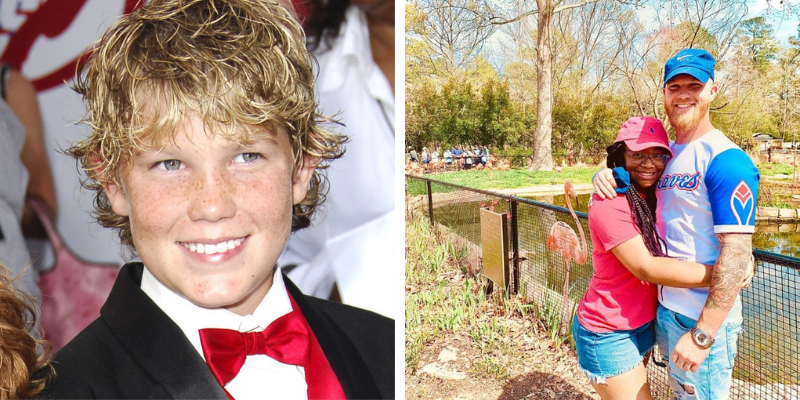 Tumlin was the best know for playing Walker Bobby (brother of Texas Ranger) in the 2006 comedy classic “Talladega Nights.” It was only the movie he appeared as a child actor and was 13 years old while playing that role.

Tumlin died of suicide and his death sent a shockwave across the world, his father claimed that he suffered from depression and PTSD from army service, he also revealed that he died by a self-inflicted gunshot wound to the head at his Pelham, Alabama, home, on a Tuesday afternoon.

Tributes are pouring on Social media, Director Adam McKay remembered Tumlin on Twitter: “Truly heartbroken and stunned at Houston’s passing. He was a joyful and talented person. Will never forget the laughs and good times we had. Sending love and prayers to his family and friends.”

Later, Tumlin’s father described his son as “outgoing” and “loved” by all, but also revealed that he struggled with depression and PTSD after spending seven years in the army.

After his career in the Entertainment industry, he joined Army and served in Korea, his father said while serving in Korea he had depression and even hurt his leg and chest, they offered him out or to stay in Korea for two more years, but he missed family.

In December 2019, he left the Military, in an interview with the sun his father said the family “begged” their son to seek therapy. “He never would do it. He would talk with his buddies. We tried so hard. His mother prayed every night,” Craig said. “He drank and it wasn’t good for him, it wasn’t a good mix. I thought he would hit rock bottom and then come out of it.”

How old was Houston Tumlin? He was born on December 27, 1993, and was 28 years old during his time of death. He is survived by Michelle Leigh (Mother) and Craig Tumlin (Father).

He enjoyed playing football in high school, he also had a sister. Tumlin’s father Craig said he was the “nicest” man and added “He treated women with respect. He opened doors for every lady in town. He would buy women roses. There will never be another gentleman like him.”

He was in a relationship with his Girlfriend, Charity Robertson and she is from Vincent, Alabama.