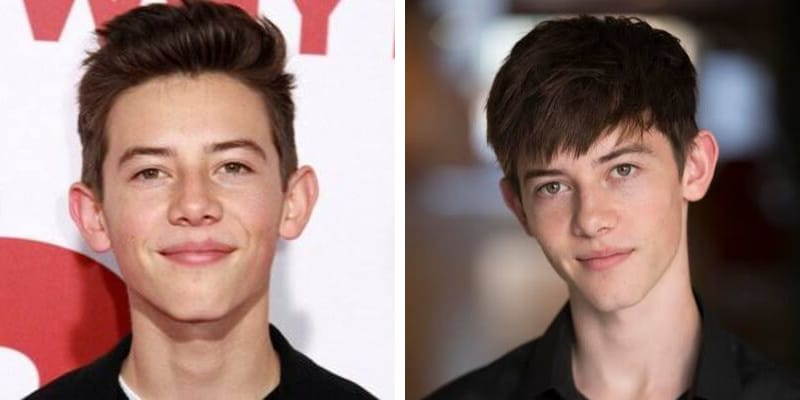 Griffin Gluck is an American Actor, TV personality and Instagram Model who gained fame after appearing in the comedy series titled “Red Band Society”. His birth name is Griffin Alexander Gluck and the actor has recently appeared in the new Netflix film “Tall Girl.”

Recently, Netflix has released its romantic comedy film “Tall Girl” on September 13, 2019. The movie is gaining a lot of praise and attention from people because of its unique storyline and comedy humor. Nzingha Stewart is the director of the film and Griffin is appearing in the role of Jack Dunkleman, best friend of Jodi.

The story of the film revolves around a tall girl named Jodi Kreyman, who struggles with her extreme height of 6 feet 1 inch. In college, she was made fun by her friends because of her height.

Some of the main casts in the Netflix’s”Tall Girl” film are Ava Michelle (as Jodi), Sabrina Carpenter (as Harper Kreyman), Anjelika Washington (as Fareeda), Paris Berelc (as Liz), Rico Paris (as Schnipper), etc.

The 19-year actor has not revealed much about his personal affairs or girlfriend. It seems that he would like to keep his relationship details very secret and away from the limelight.

The actor made his debut in acting with the film “Sideways” in 2009 and eventually, he started getting more projects. Some of his other com includes Private Practise, The Office, Trust Me, Batman Vs Robin, Red Band Society, All Hallows Eve2, Silicon Valley, Back in the Game, United States of Tara, About a Boy, Impastor, Cuckoo, American Vandal, The Mick and more.

The actor appeared in “The Office” show in 2010 as a half-bred but he started getting popular after appearing in “Private Practise” TV series. Moreover, the actor played one of the lead roles in the Netflix series of “American Vandal” and some of his upcoming projects are “Locke & Key” and “Dinner in America.”

Griffin Alexander Gluck was born on August 24, 2000, in Los Angeles, California, USA. He is the son of Cellini Gluck (father) and Karin Beck (Mom). Furthermore, the actor also has a sister named Callie. As of education, he is known to have completed his high school.

The estimated net worth of Griffin is around $ 3 million USD.

Girl friend: None
Dating history: Not known
Wife: NA
Sons: None
Daughters: None