Gigi Hadid was born on April 23, 1995, and from Los Angeles, California, U.S. She is an American Model, Internet Personality, Instagram Star and Girlfriend of Zayn Malik and he is an English singer and songwriter. Since 2015, Gigi and Zyan Malik are in a relationship together and currently, she is pregnant with on-again-off-again boyfriend Zayn Malik.

According to the source, Gigi is 5 months along and the couple is very excited to welcome their baby and during the COVID-19 lockdown, the duo stayed at Yolanda Hadid’s farm in Pennsylvania. However, their relationship was a rollercoaster ride and they have been on and off on several occasions, Gigi and Zyan started dating since 2015 and in 2018 the couple announced their split.

In June 2018, they were back together but once again they split up again in November 2018 and finally reunited in December 2019. On 26th April, Gigi posted a picture of Zyan and her sister Bella on the 25th Birthday.

However, Gigi still not confirmed anything regarding her pregnancy on social media. Talking about her early relationship from 2013 to 2015, she dated Cody Simpson who is an Australian Singer, and Gigi also made an appearance in the music video “Surfboard”.

Then, after dating Zyan Malik she appeared in Malik’s music video for “Pillowtalk” and in 2017 the couple appeared on the cover of Vogue and this made them the third couple to appear together on a Vogue cover.

In 2013, she started her career in the modeling industry after she suspended her studies to focus on her modeling. Moreover, Gigi was into modeling for 2 years old she was first discovered by Paul Marciano of Guess clothing and modeled for Baby Guess before stopping to concentrate on school.

In 2012, Gigi was named as the face of a Guess campaign and as an adult, she shot three campaigns with Guess, in 2013 she gained breakthrough in her career after signing to IMG Models and made her debut at New York Fashion Week in February 2014 and walked for r Desigual’s show. Later, in the same year, Gigi graced the cover of CR Fashion Book magazine.

On September 05, 2014, she co-hosted the Daily Front Row’s Fashion Media Awards event that was held in New York City and the same year she starred alongside actor and model Patrick Schwarzenegger in fashion designer Tom Ford’s Eyewear autumn/winter campaign and then Gigi starred in the campaigns for Tom Ford F/W. In 2015, the model was the brand ambassador for Australian fashion swimwear label Seafolly and even named as the Daily Front Row’s Model of the Year. In the same year she was Maybelline brand ambassador, then she appeared on the magazine covers, including Vogue, Schön!, Numéro, Allure, W Magazine, WSJ Magazine, Elle Canada, Dazed and Harper’s Bazaar.

In December 2016 Gigi made her second appearance at the Victoria’s Secret Fashion Show and won the award for International Model of the Year at the British Fashion Awards, presented to her by Donatella Versace. Apart from her modeling career, she worked closely with Unicef to help children around the world. Gigi was landed in controversy after her impression of Melania Trump on the American Music Awards and later apologized.

I have been lucky enough to see firsthand what an incredible impact your donations to UNICEF make ! ❤️ Become a lifeline for vulnerable children around the world : giving monthly allows UNICEF to be there before, during and long after conflicts or disasters. 🙏 No donation is too small! Sign up with @UNICEFUSA link in bio Cox’s Bazar Refugee Camp, Bangladesh 2018 field visit photos by @rahultalukder

How old is Gigi Hadid? She was born on April 23, 1995, and from Los Angeles, California, U.S, and she is 25 years old as of 2020. She is the daughter of Mohamed Hadid (Father) and Yolanda Hadid (Mother), her father is a Real-Estate Developer, and mother was a former model.

Gigi has two younger siblings, a sister named Bella Hadid and brother Anwar Hadid and they are also models. Furthermore, she also has two older paternal half-sisters, Marielle and Alana, talking about her education she attended Malibu High School and studied criminal psychology at The New School.

In 2014, Gigi was diagnosed with Hashimoto’s disease. Then, in one incident she defended her Boyfriend Zyan Malik after YouTuber Jake Paul, 23, claimed that he had a heated interaction with Malik in Las Vegas at a boxing match between Tyson Fury and Deontay Wilder. In 2016, Gigi was assaulted by the media personality Vitalii Sediuk where he is a Ukrainian “self-described ‘prankster'” who plays pranks that are found sexually offensive to celebrities.

On September 21, 2016, he snuck up behind model Gigi Hadid and lifted her off the ground, before being elbowed in the face by Hadid. 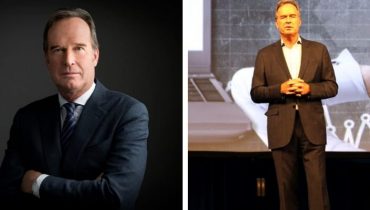