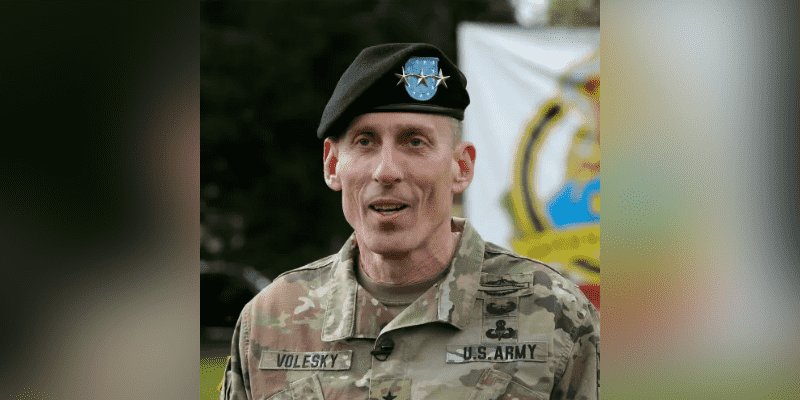 Gary Volesky, a retired lieutenant general, was punished for his response to Jill Biden’s tweet supporting women’s abortion rights in the nation.

The First Lady stated on Twitter that after 50 years of women being allowed to exercise their right to bodily autonomy, women’s rights had been “taken” in response to the Supreme Court’s decision to reverse the much-celebrated Roe v Wade decision on June 24.

During his 36-year career, Gary Volesky, who retired in 2020 as a lieutenant general, also held the position of Army’s director of public relations.

The commander of the military branch’s combined arms center, Lt Gen Theodore Martin, has now quit his lucrative post as a mentor, which paid him $92 per hour to advise military commanders, personnel, and students who were participating in war simulations and other similar activities.

Who is Gary Volesky?

As part of the Combined Joint Task Force – Operation Inherent Resolve, he previously held the positions of the commander of the 101st Airborne Division and commander of the American ground forces in Iraq.

In February 2020, Volesky announced his retirement, and Lieutenant General Randy George took over as I Corps commander.

Volesky, a native of Spokane, Washington, earned his high school diploma in 1979 from Ferris. He graduated with a degree in military science from Eastern Washington University in 1983.

From Princeton University, he then earned a master’s degree in Near and Middle Eastern Studies. He obtained a master’s degree from the Air War College at Maxwell Air Force Base in Alabama after graduating from the United States Army Command and General Staff College in Fort Leavenworth, Kansas.

Volesky participated in the Afghanistan and Iraq Wars. For his activities on April 4, 2004, often known as “Black Sunday,” which kicked off the Siege of Sadr City, he was awarded the Silver Star.