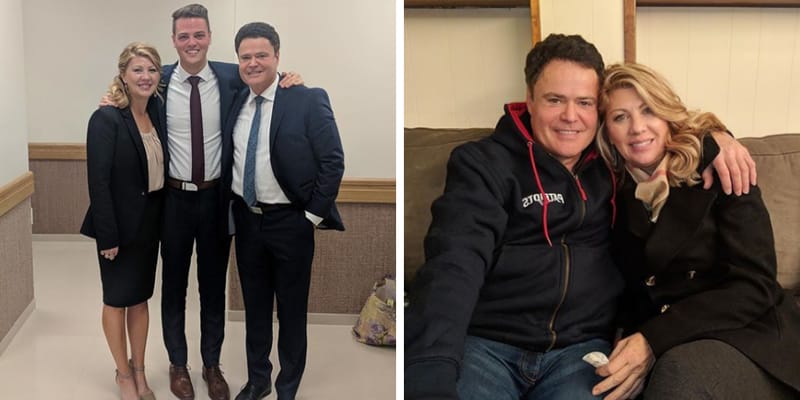 Donny Osmond aka Donald Clark Osmond was born on December 9, 1957, in Ogden, Utah, United States of America. He is a popular American actor, singer and a dancer who is famous for hosting ‘Donny and Marie’ reality show also with his sister.

The former actor is recovering from surgery to his right shoulder, which he underwent recently. During an onstage dancing, his right shoulder was injured severely that made him undergo surgery. Donny shared a video on social media like Instagram and Twitter before his surgery, stating that “The nurse tells me to mark my right shoulder with the ‘yes’ word so that they get the right one. But instead of that, I have put this.” He also shared about his nervousness in the video. 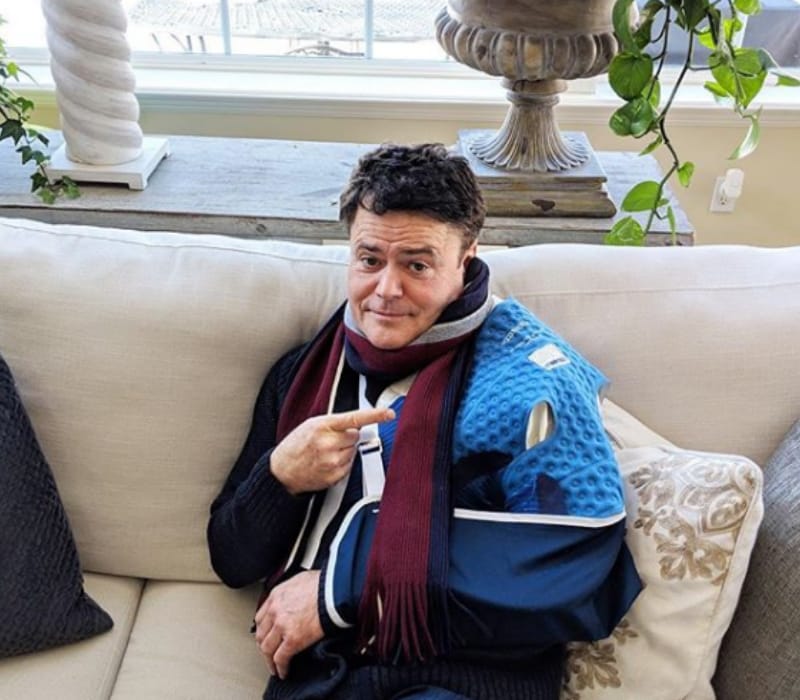 After his surgery, Donny Osmond posted a pic on twitter, where his right arm was in a sling and cold pack. He also shared about his surgery experience where he complained about the doctor for giving him the cold shoulder. In 2013, he was injured in ‘Dancing with the stars’ show in which he suffered a ruptured tendon in his right gluteus maximus.

George Virl Osmond is the father of Donny and his mother name is Olive May. He has a total of 8 siblings and their names are Alan, Jimmy, Jay, Merrill, Wayne, Marie, Tom, and Virl Osmond. He was raised with his siblings as the member of The Church of Jesus Christ of Latter-day Saints. He has completed his graduation and we will be updating more information very soon.

He was a member of The Osmond’s group, which is a popular singing group consists of Alan, Jay, Merrill, Donny, and Wayne. The Osmond brothers had performed on a Disneyland televised special. Later with their performance, they were invited for The Andy Williams show. When he was at the age of 5 years, he made his singing debut in ‘You Are My Sunshine’. During the 1970s, he was a teen idol, who continued to sing along with his brothers.

In 1972, Donny Osmond appeared on ‘Here’s Lucy’ show and sang ‘Too Young’ to his niece. After several years of his performance be got together with Peter Gabriel, the English singer-songwriter with the help of Steven Machat. In 1989, the singer was returned to US charts with his song ‘Soldier of Love’ that was in Billboard Hot 100 No.2 song. The singer was presented as the mystery artist and his identity was later revealed.

@amgreetings & I joined forces to create a birthday serenade your loved ones will never forget! 🎉We're thrilled about your overwhelmingly positive response to the card, and I love hearing about your experiences giving and receiving it. I recorded over 1,000 names so that you can personalize the e-card for your family and friends. Is your name on the list? Check it out on Donny.com! #AmericanGreetings #BirthdayGreetings

Donny Osmond was a guest vocalist for ‘Stayin’ Alive’ which appeared on Zappa’s 1991 album Confessions. Donny Osmond has sung ‘No One Has To Be Alone’ for the movie ‘The Land Before Time IX: Journey to Big Water’ and also for Mulan, titled ‘I’ll Make a Man Out of You’. In 2012, he and the show earned ‘Las Vegas Review-Journal’s’ Best of Las Vegas Awards including ‘Best Show’, ‘Best Singer’ and ‘Best All-Around Performer’.

The estimated net worth of Donny Osmond is around $ 20 million USD. 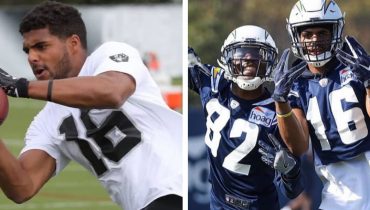 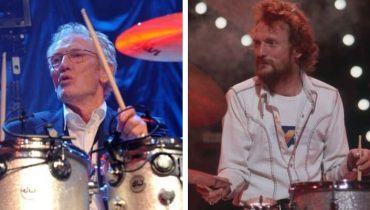