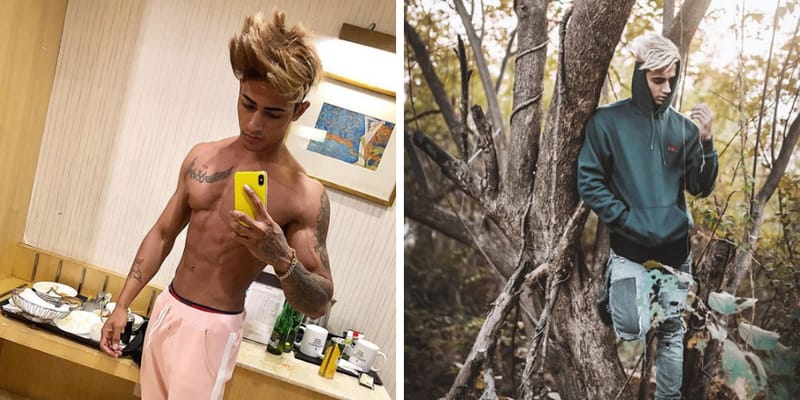 Danish Zehen was born on March 16, 1996, in Mumbai, India. Danish is a Youtube star and social media influencer, unfortunately, this star lost his life in Car Accident near Vashi.

Danish Zehen was just 21, he was a participant of Ace of Space and hosted by former Bigg Boss contestant Vikas Gupta. “Danish to humesha Zehen main Rahega, how do I tell the other houseguests that you aren’t coming back.” Later, he said “You are the colored hair king of AceOfSpace #Coolestbadboi You looked like a baby as I saw you lying down, thinking you could wake up anytime. You have long gone but you shall remain always in my #Zehen Thankyou for teaching me this word”

According to an official report, this accident took place on an early morning after returning from Wedding. According to Eyewitness, the car accident was dramatic and it took place so fast that we couldn’t do anything.

The official said, Danish Zehen was traveling in Honda City and the crashed to side Railing of Highway, this incident shocked his family, friend, and fans. Ace of Space host Vikas Gupta shared a photo of Danish and mourn the demise of this young talent.

Danish Zehen Co-contestant Divya Agarwal shared a video of Danish Zehen on Instagram, saying that he was packed with full of enthusiasm and energy. Here is what she said

“You were always known as the bundle of energy, someone who has never surrendered to situations, who has never given up in his life….. Today, we have lost a man of good deeds who is now with God… I wish you had not left us so early!!! We Love You.
Danish RIP”

In Kurla, thousands of people were gathered at his funeral. The official said that Danish was driving his car and lost his control and hit the side of the highway. This incidence took place around am, in Sion-Panvel Highway, Navi Mumbai. Danish brother was traveling with him suffered minor injuries and under treatment.

How old is Danish Zehen? was born on March 16, 1996, in Mumbai, India and he is 21 years old as of 2018. He was popular for his hairstyle and look, he inspired many people by his unique Hairstyle, furthermore, he was model too.

Danish Zehen youtube channel has 345k plus subscriber, 856k plus fan on Instagram and also popular on musically has 500k fans.

He did his schooling in Mumbai and later enrolled in the University of Mumbai, furthermore, there is not much information on his parent but has a Brother named Mirza Saqlain he is a Hip-Hop dancer and rapper.