Dan Gasby aka Clarence Alvin Daniel Gasby was born on March 10, 1954, in Bedford-Stuyvesant, New York City, United States of America. Dan Gasby is a Businessman and Media Executive who is best known as the husband of former American iconic Model, B. Smith (Barbara Smith). However, Dan is facing recent criticism for having a relationship with Alex Lerner while caring for his ailing wife.

The Media Executive shared a 32-year-old daughter named Dana Carlisle Gasby with his first spouse. Later in 1992, he was married to Barbara Smith aka B. Smith after he was divorced with the former HBO Executive, Donald Anderson. However, Dan is criticized for having a girlfriend while his wife battles Alzheimer’s. 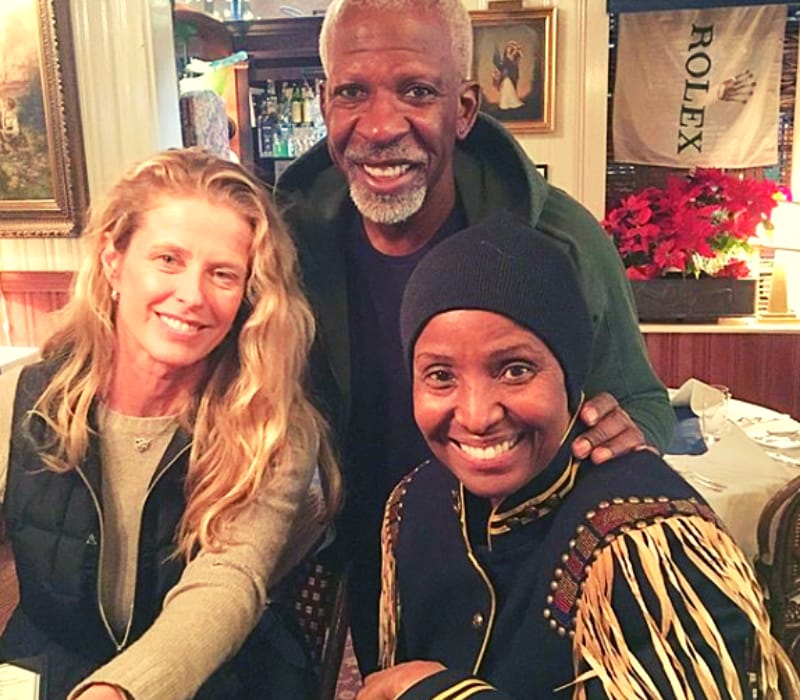 The Iconic Model and restaurateur B. Smith are diagnosed with Alzheimer’s disease since 2013 and her husband Gasby has been right by her side. However, the Businessman has recently revealed about his relationship with another woman while he was still caring for his ailing wife.

This has led to the criticism from the fans of Barbara. Moreover, Alex is already a mother of three kids and she is already separated from her husband.

In December, the 64-year-old Dan posted a pic with his new girlfriend, Alex Lerner (53 years) on his Facebook post that sparked many negative responses from the people, since he was having this affair while his wife battles Alzheimer’s. One of the comment read, “You don’t bring your mistress to your house where your WIFE lives. She’s (B. Smith) not dead.”

During the initial diagnosis of Smith, she and Dan Gasby worked to spread awareness about Alzheimer’s disease and she also taped a public service announcement with Brain Health Registry. Thus, urging people to its website and if possible sign up for a clinical test or to take cognitive tests.

Smith’s Husband has completed his High School Education and later he attended Colgate University and completed his Graduation. Dan Gasby is the son of John Gasby, a former field-house manager at Stevens Institute of Technology and his mother, Louise Gasby was a homemaker.

Initially, Dan Gasbybegan his career at UHF TV station in Tennessee by working as an executive producer on CBS, for ‘Essence Awards’.  Later in 1996, Clarence has founded and also produced Smith’s lifestyle show titled ‘B. Smith with Style’.

Before he was married to B. Smith, he was a senior vice president of marketing at Camelot Entertainment Sales Inc. He has also managed ‘B. Smith Enterprises Ltd’ in which his daughter Dana worked until 2015.

After the marriage with Smith, he built the B. Smith brand with her TV shows, home goods collection, books and more. In 1996, Dan Gasby also produced his wife’s lifestyle show, ‘B. Smith With Style’ and he was also the publisher of her self-titled magazine.

The estimated net worth of Dan Gasby is said to be around $ 3 million USD.