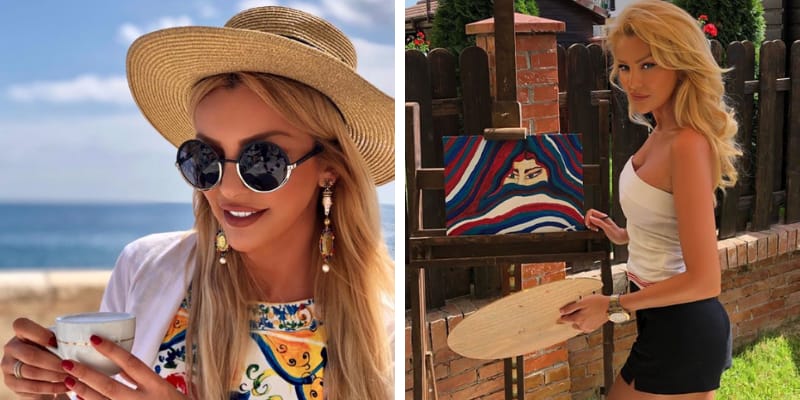 Cristina Szeifert is from Romania, German origins and she is a painter, psychologist, entrepreneur, motivational speaker, clinical psychologist, ex-model, blogger, artist, health and life coach. Furthermore, she is been accused of faking the paintings that she posts on Instagram.

However, three days ago user named Zannrael posted the picture of Cristina on Reddit under the Subreddit called Instagramrality and captioned the picture “This artist frequently posts pics of herself “painting,” but the paint palette never changes”. 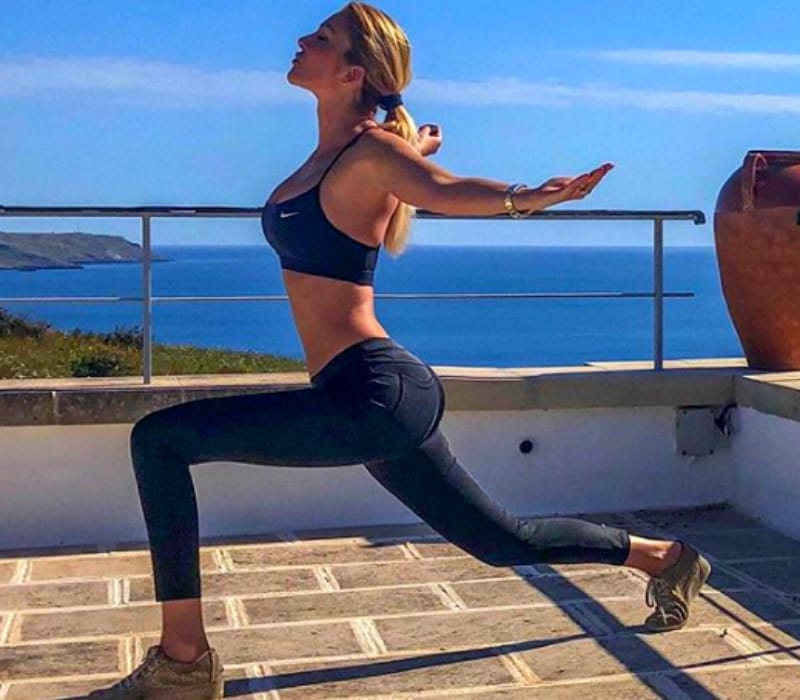 In fact, it’s a community where users try to shed light on photoshops and other photo alterations on Instagram and social media. Later, this post has got 50k plus upvotes and it has sparked discussion across the Internet, about the validity of Szeifert’s paintings.

Then, one user commented “Also, who wears nice clothes when painting” and it has recieved 6.3k plus upvotes. But Cristina responded to the criticism and told that her image is of utmost importance to her when it comes to her career. Later, she told BuzzFeed News that.

“I have on my phone videos from almost every painting I did,” Szeifert told BuzzFeed, directly taking on critics. “I am a model, artist, psychologist, and a public person so my image is very important — of course, I don’t picture myself with dirty clothes”.

Later, Cristina Szeifert added “Painting for me is a passion and I don’t do it for money. I [post] pictures because I enjoy it,” Szeifert said. “I can see that some people are jealous of finding little things on my pictures that [they] are criticizing … This situation is ridiculous”.

Cristina criticized holding the same palette in every photo and she also responded to the critics and told that “I paint with different things; sometimes I use the palette and sometimes I don’t. The pictures are done after the painting is complete and I was using the palette in my hand as a symbol of art”.

Recently, Cristina Szeifert posted a video on Instagram of herself painting some of her artwork and also shared the lenghty post.

“Even if I am in London I am very active. I just wanted to clarify that due to the negativity going around in the last days. All my paintings are made by my self like this one. I don’t always use a palette as I don’t have one in London. I love painting and it will always be my passion. I want everyone to cherish creativity and do something constructive and positive for the world instead of spreading hate and negativity. With Love – Cristina Szeifert”.

How old is Cristina Szeifert? there is not much information about her Date of Birth. Furthermore, she graduated from art school in Timisoara, Romania and earned a diploma. Later, she attained university for psychology and received a degree.

At the age of 16, Cristina entered the modeling world and worked with many brands and received numerous offers from International Contracts. Addiotanly, she also took part in the National Modelling Contest.

Currently, she is dating Buon San and on valentines day she shared an Instagram post about him and wrote: “A heart is not judged by how much you love, but by how much you are loved by others”. However, we don’t have any information about her Boyfriend.

Estimated Net Worth of her is under review. She stands 5 feet 9 Inch tall and weighs around 59 KG.