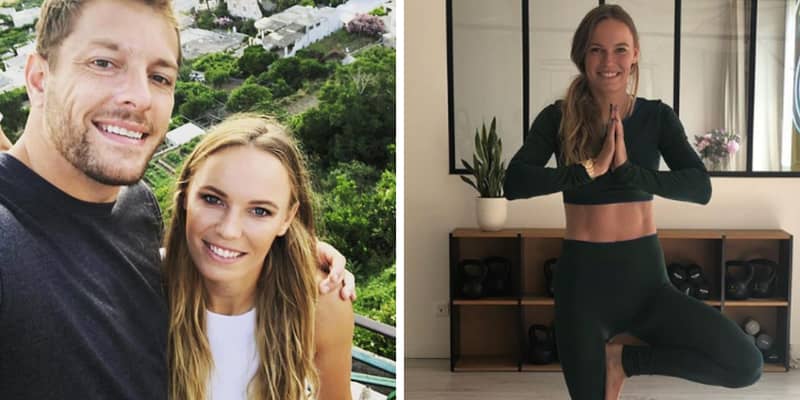 Caroline Wozniacki is a Danish Professional tennis player born on July 11, 1990, in Odense, Denmark. Caroline is former World no.1 singles tennis champion and announced her engagement with NBA players, David Lee in November 2017. Caroline’s father Piotr Wozniacki is a soccer player and her mother Anna played volleyball for the Polish National team. Her brother Patrick Wozniacki was a professional football player in Denmark. In 2005, Caroline Wozniacki made her first debut in WTA Tour at Cincinnati’s Western & Southern Financial Group Women’s Open. She has also won the Orange Bowl tennis championship.

Caroline won the first Grand slam title at the Australian Open in 2018 and came to no. 1 ranking. She has also won many titles in WTA singles (29 awards) including six awards (2010-2011). In Singapore, Caroline triumphed in the WTA finals against Venus Williams. Caroline initially engaged with Rory Mcllroy who is a golf star and after few years the couple decided to break up and they later announced in the news in 2014. Later she was engaged with Lee. The relationship between Caroline Wozniacki and Lee was very good and the couples were spotted together at many places. However, Caroline has not spoken much about her relationship with Lee on any social media. In 2019, Wozniacki married former NBA basketball player David Lee, On 11 June 2021, Wozniacki gave birth to a daughter, Olivia.

The Estimated Net Worth of Caroline Wozniacki is around $50 Million USD.