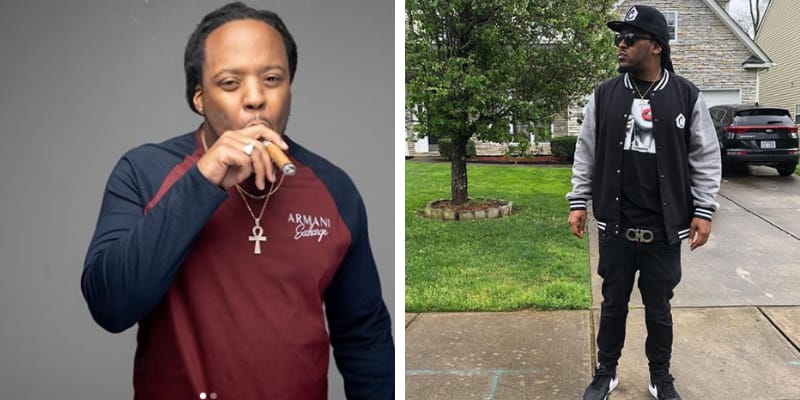 Cam Coldheart was born on March 10, 1988, and from Charlotte, North Carolina. He is a Rapper, Instagram personality, Musial artist, Songwriter, and singer. Furthermore, he was beaten up by the rapper named Da Baby in the Louis Vuitton Store.

However, this incidence occurred on Saturday in the Louis Vuitton store. Earlier, Cam made a video and posted on his Instagram account and in the video, he said that “You a B***h. Y’all Look at the N***a DaBaby. That N***a in here talking about some shit,” later he added “He walking up on me and shit like he about to do something. What you gon’ do? What are you talking your shit off for?”

Later, Da Baby shared an Instagram Video and wrote: “When bullying Baby on the internet goes wrong”. Additionally, this rapper said Cam is seen in the video with a bloody face and his pants around his ankles. According to Cam, he was jumped by DaBaby and his security Guard.

In fact, this fight didn’t end here DaBaby posted another video to his Instagram account and it was a clip from his “Suge” music video where the lyrics say “I’ll slap the shit out a N***a/No Talkin’, I don’t like to argue with N***gas (I don’t)”.

According to some source, Cam accused DaBabby of deceitfully representing North Carolina but he is from Ohio. However, DaBabby only laughed at Cam’s claims and told him to do something better in life.

How old is Cam Coldheart? was born on March 10, 1988, and from Charlotte, North Carolina and he is 31 years old as of 2019. Furthermore, there is not much information about his father, mother, and siblings but will be updated in the future.

His first album was “COLDHEARTED” and he recently published another project named “Coldhearted 2”. Later, some of his tracks are “Immaculate”, “Time is Money” and much more. Cam has a 58.6k plus follower on Instagram.

Coldheart never mentioned anything about his Girlfriend or Relationship status. But he has a son from the previous relationship.

Estimated Net Worth of him is under review. He stands 5 feet 8 Inch tall and weighs around 86 KG.