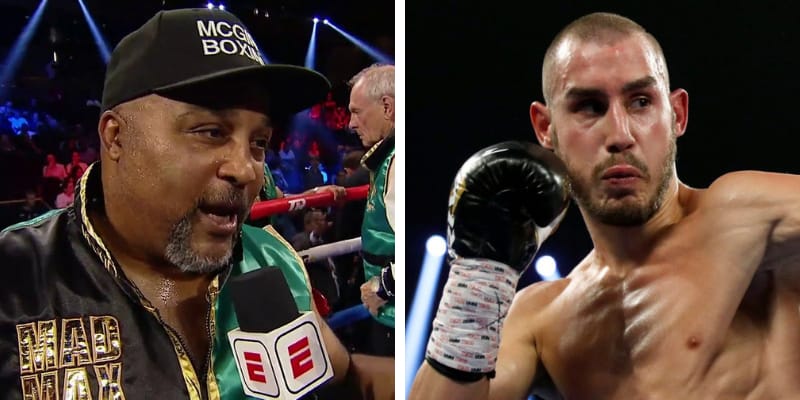 Buddy McGirt was born on January 17, 1964, and from Brentwood, New York, USA. He is a Trainer, Boxing Coach, and popularly known for the trainer of Maxim Dadashev. On Friday, MAXIM DADASHEV has tragically died, aged 28, from head injuries, suffered in a brutal loss to Subriel Matias.

🗣️"God forbid… one punch as you know can change a whole guy's life and I wasn't going to let that happen– so, I'd rather have them be mad at me for a day or two then to be mad at me for the rest of their life." 🙏
-Buddy McGirt on stopping the fight for Maxim Dadashev. pic.twitter.com/RINM4D83ZZ

How old is Buddy McGirt? was born on January 17, 1964, and from Brentwood, New York, USA and he is 55 years old as of 2019. Furthermore, there is not much information about his father, mother, and siblings.

Buddy was always wanted to be a Boxer from a very young age but he faces a lot of problem due to his Height and many people suggested him to drop his dream. In 1988, he defeated Frankie Warren and eaned the title IBF Light-Welterweight.

In November 1991, he bagged his WBC Welterweight titles against Simon Brown. Furthermore, he also faces Howard Davis, Bramble, Edwin Curet, Joe Manely, and Saoul Mamby. In his career, he secured his victory in 73 fights out of 80. Buddy was the topper in the 147-pound-boxer category.

Later, in the year 1998 he was inducted in the New Jersey Hall of Fame and 2019 he made a place in the International Boxing Hall of Fame. In 2005, he penned down a book called “Bring it to the Ring: A Boxing YearBook and Inspirational Message to Today’s Youths.”

In 2018, Buddy was interviewed by Darren Carter and the video is available on iTunes and Youtube under the title “Pockey Party Podcast”.

He is married to his wife named Gina McGirt and this couple shares four children, three daughters one of then is Chynna McGrit and other daughter’s name is not available and a son named James McGirt Jr who is a Professor Super Middleweight Boxer.