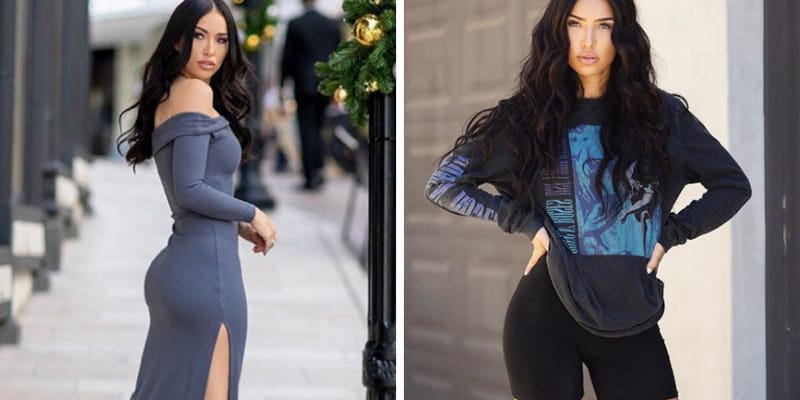 Bre Tiesi was born on May 4, 1991, in Los Angeles, California, United States of America. She is a popular American Model and also an Instagram star, known for her appearance in ‘Wild n Out’ MTV show. Bre Tiesi age is currently 27 years and has gained a lot of fame at a very young age.

Bre was very passionate about becoming a model. During her High School days, she was a good dancer, who has started dancing since her young age. When she was 5 years of age, she was signed under SAG. Tiesi has completed her Schooling from Agoura High School in California and was very famous in her school as a dancer. However, when it comes to family details, Bre Tiesi has kept it very secret about her family background. She is having a sister who is said to be a Choreographer.

Since the young age, Bre was very much interested to enter into the modeling industry. One of the main reason for Bre becoming a Model is because of her Mother who is said to be a great inspiration to Tiesi. The actress was a very good dancer in her school and had also participated in various contests. She has won Little Miss Hawaiian Tropic Contest at a young age.

When Bre Tiesi completed her Graduation, she decided to take up modeling as her career and as a Model she has appeared in a number of magazines like Loaded, Playboy etc. later she got an opportunity to starred in couple of shows like ‘Lie to Me’, ‘Wild n Out’ and ‘MMAthletics’. The gorgeous lady is also featured in Maxim as one of the Top 100 hot women. At such a young age, the model has gained massive popularity for her sexy body and an attractive face.

Bre Tiesi has also starred in movies like 8th Annual Babes In Toyland and Knight of Cups and more. Bre is very particular about dieting and maintaining her figure. She is a fitness fawn, who is very cautious about her health. The Model is very active on her Instagram account and has more than 200k followers.

Bre was dating Johnny Manziel since 2016, and he is a football player for Cleveland Browns. Bre Tiesi Boyfriend had stated that Bre had helped in to come out of his wrecked life and providing him with enough motivation to make a strong comeback in Professional life.

When the couples went to a romantic dating in Paris in 2016, Johnny proposed Bre. Later the couples got finally engaged together and recently got married.  Bre was previously dating the son of Hulk Hogan, Nick Hogan in 2011 and with four years of their relationship they broke apart. Currently, she is living happily with her husband Johnny Manziel.