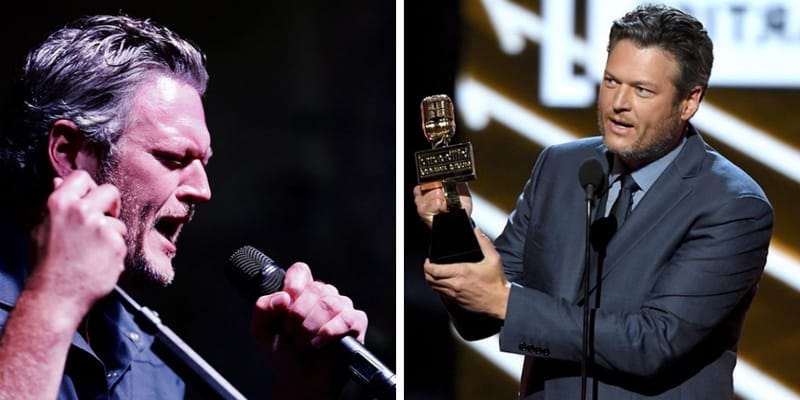 Blake Shelton whose real name is Blake Tollison Shelton is an American singer, television personality and also a songwriter. He was born on 18th of June 1976, in Oklahoma City and this aesthetic singer is of height 6 feet 5 inches and weight is about 96 kg. He currently resides in Oklahoma City. Blake began to sing at the age of 12, he was taught by his uncle to play guitar, and he wrote his first song at the age of 16, his older brother Richie was killed in an automobile accident.

He was graduated at the age of seventeen from Ada High School, later he moved to Nashville to pursue with his singing career. He worked at a music publishing company.

In 2001 he signed to giant records after some years in Nashville, he wanted to release a song entitled “I Wanna Talk About Me” as a single. However, the staff at the label considered found it unsuitable for lead-off single, therefore, the song was recorded by Tob Keith whose version was number one single.

Shelton sold songs had written to several musical publishing houses and landed a solo recording contract with Giant Records. He soon topped the country music charts with the song “Austin”, which was in the No.1 spot for five weeks.

Blake married Kaynette Gern on November 17, 2003. They got divorced in 2006. Later he proposed Miranda Lambert who sang background vocals on his cover of Michael Buble’s song, after dating for four years, later they were married on May 14, 2011, in Boerne, Texas. In July 2015 Shelton and Lambert announced divorce.

The estimated annual income of Blake is $ 28.5 million.